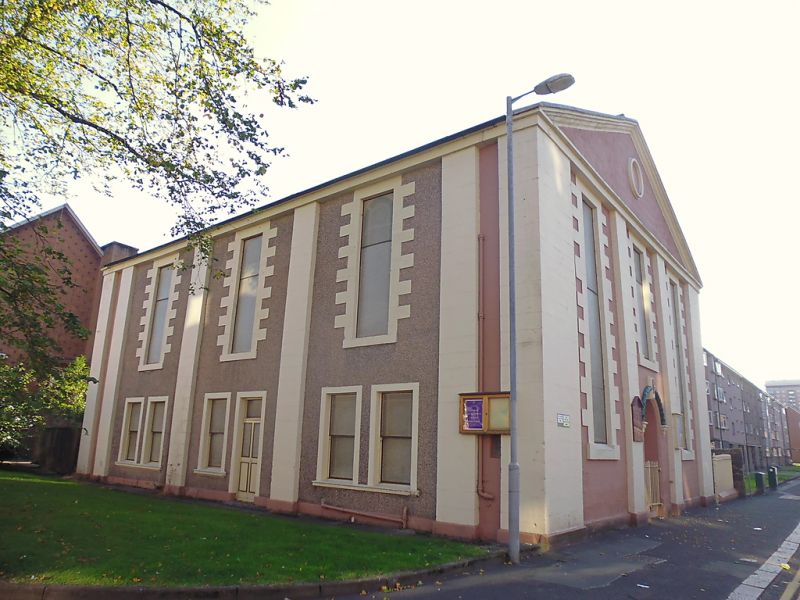 A good example of an early Scottish Methodist chapel, occupying a prominent position on George Street.

The New Jerusalem Church was built as a Methodist chapel in 1810 and was purchased by the Swedenborgian Church in 1860 for £600, being formally opened and dedicated on 15th September 1861. In 1868 the interior was remodelled and new pews, pulpit and stained glass windows were instated. The stained glass cost £103 and was designed by the artist Sir Noel Paton RSA, whose parents belonged to the congregation. Methodist churches were usually built with a lower hall for meetings and secular events so it seems likely that the building was always on two levels, but the paired ground floor windows may be a later alteration as they do not seem to be quite in keeping with the style of the rest of the building. The OS town plan shows 3 windows across the rear gable, so it is likely that the 5 round-arched windows were inserted during the 1868 alterations, as would have been the pulpit recess and the small rooms to each side of it.