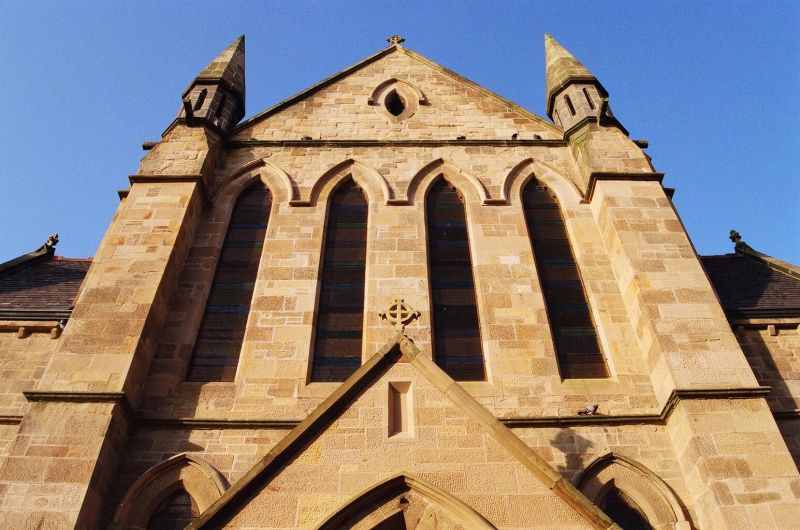 SW ELEVATION: as NE elevation. All lower openings blocked up.

INTERIOR: on 2 levels, main body with large hall below.

Despite some alterations to the interior, this church remains in good condition, with a good quality interior, including an unusually large and decorative elders box. The church is also notable in having had 2 large lower halls, which have since been made into a single space.

The church was initially known as Partick East Free Church and later as Partick Highland Free Church. It was built as part of the continued Westward Expansion of Glasgow to accommodate the influx of workers from the Highlands. It was one of the first buildings on Dowanhill Street, later surrounded by tenements.

Alexander Petrie ( died c1906 ) worked in Glasgow from around 1871. His principal output consisted of Board schools and UP and Free Churches.

A recent programme of works (2004) involved some internal alterations. Several rows of pews were removed and a lobby formed in the main body of the church under the SE gallery. A later suspended ceiling was removed, revealing the original plastered finish.