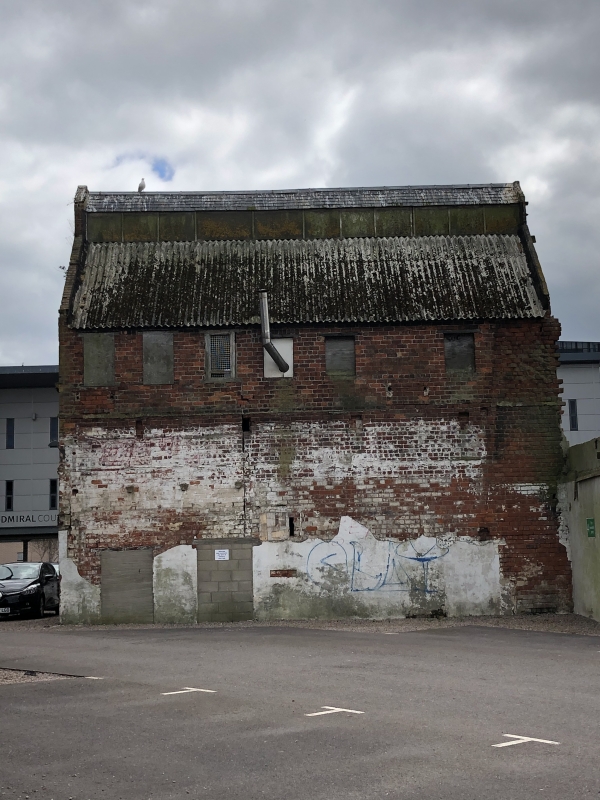 Group with fish houses in Russell Road, Old Ford Road and Raik Road. During the late 19th and early 20th centuries Aberdeen was the leading Scottish centre for the white fish trade. These few surviving kilns (pronounced kills) in the Aberdeen harbour area are but a tiny remnant of a once prolific type which characterised the skyline. Early 20th century photographs held at Aberdeen Maritime Museum illustrate various types of kiln, including kilns of the more traditional maltings style, as well as large industrial fish houses with rows of rectangular-plan kilns projecting from their rooftops. None of the remaining kilns are operating but there is one example across the River Dee at Torry which is used for smoking salmon in the traditional manner.

Salt, water and woodsmoke were the only ingredients necessary for the smoking process. There were two smoking methods, the first of which (for cold smoked finnan haddock) entailed hanging the prepared fish in lines on racks, or tenters, within the kiln. A worker would climb up and straddle the racks while hanging the individual lines in ascending order, the wet fish would drip onto the worker below passing up the lines. After allowing the fish to drip for a while, small circular fires would be lit at floor level, and allowed to smoke slowly throughout the night. The wood fire was damped with sawdust to create smoke, this was constantly tended as naked flames would cook the fish rather than smoke it. It was not unusual for workers to need to climb up the racks during smoking if the process were complete in some areas. The desired level of smoking was judged by eye and feel. Trap doors or louvres, operated by strings (still evident in the Russell Road kiln) which reached to the raised ventilator at the kiln apex, would be opened on the side away from the wind direction, preventing smoke being blown back into the kiln.

The second smoking method, known as London smoking, produced hot smoked fish ready to eat, similar to the Arbroath Smokie method of smoking. The London kiln used fires in brick smoke pits approximately two feet deep, with tenters of 'tie tailes' (split fish tied with jute) suspended over the fire. The opening was covered with hessian to aid even cooking. Again, sawdust would be thrown over the flames by hand to prevent overcooking.

In 1904 the Duke of Connaught visited 'the extensive fish curing works belonging to Messrs Allan & Dey' in Raik Road, but by the mid to later years of the 20th century, these traditional smoking methods were being replaced by electric smoking, developed at Torry and first used by MacFisheries. As early as 1937 'fish curing-yards' were being sold in large numbers, as evidenced at Wick. Largely due to pressure from hygiene regulations, and accelerated by supermarket production requiring consistency of the end product, kiln smoking had completely disappeared by the end of the 20th century.