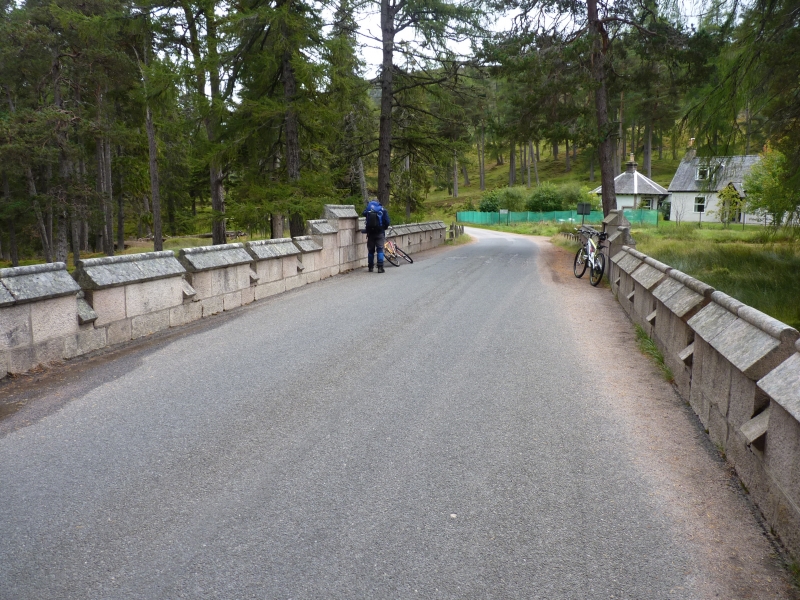 Linn of Dee Bridge is particularly distinctive for its well-detailed use of the then fashionable Gothic style; none of the other Dee crossings make use of this style. It is also a fine example of granite construction particular to the area. This bridge replaced a timber structure which in turn had replaced an alpine timber bridge which was swept away by the 'Muckle Spate' of 1829. Prior to that the crossing had been made on a plank. The bridge was opened by Queen Victoria on the 8th of September 1857, an event commemorated by a plaque on the bridge which reads 'THIS BRIDGE OVER THE LINN OF DEE ERECTED BY JAMES FIFTH EARL OF FIFE WAS OPENED ON THE 8TH SEPTEMBER 185(7 worn away) BY HER MAJESTY QUEEN VICTORIA, W REID ARCH'. Cartouche on W elevation formerly depicted the arms of the Earls of Fife.

The Dictionary of Scottish Architects has a record of an architect named William Reid (1825-1893) who worked extensively in this region around the time that Linn of Dee Bridge was built. It is feasible that this is the same architect although it has not been possible to confirm this. (2006).