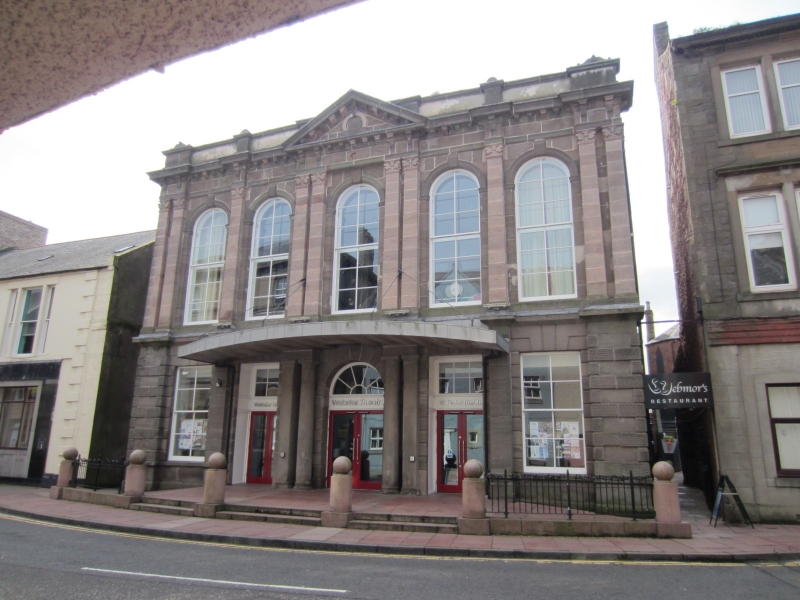 The principal elevation of the Webster Memorial Theatre, by local architect James Maclaren, has retained much of its original character and it makes a significant contribution to Arbroath's largely 19th century High Street. Formerly known as The Public Hall, the building was renovated in 1951, the stage and auditorium were enlarged in 1970 and further work was carried out in 2007 after which the building was re-opened by Provost Ruth Leslie Melville MBE on 19th January 2008. The success of this work was recognised when Angus Council Property Division received the 2008 RIAS DIA award for Best Example of Environmental Improvement / Conservation.

When opened in 1865, the building contained 'a museum and a large hall for concerts and public meetings' (Groome). It hosted touring plays and vaudeville, but was not successful until local flax manufacturers, the Webster family, gave their support and eventually gifted it to the town in memory of their son who was killed in the First World War. During the 1930s the Arbroath Follies became popular summer spectacles.

The 1st floor hall retains portraits of Janet Webster (1819-1908) and Sir Francis Webster (her son). The latter, by Robert Gibb RSA, was presented by 'Arbroath Liberals and Other Friends, In Recognition of His Eminent Public Services, Arbroath 20 April 1912'.

Architect James Maclaren was born in Dundee in 1829, he worked at David Bryce's Edinburgh office and won the Soane medallion in 1848. He returned to Dundee in 1850 and set up practice with his brother. Maclaren worked extensively in the Angus, Dundee and Perth area and during the 1860s his commissions included industrial work at Cox's Stack, Dundee, churches at Forfar and Hawkhill, tenements at Broughty Ferry and Blackness, hotels, private house and public buildings.

Listed as part of the Theatres Thematic Study 2008-09.