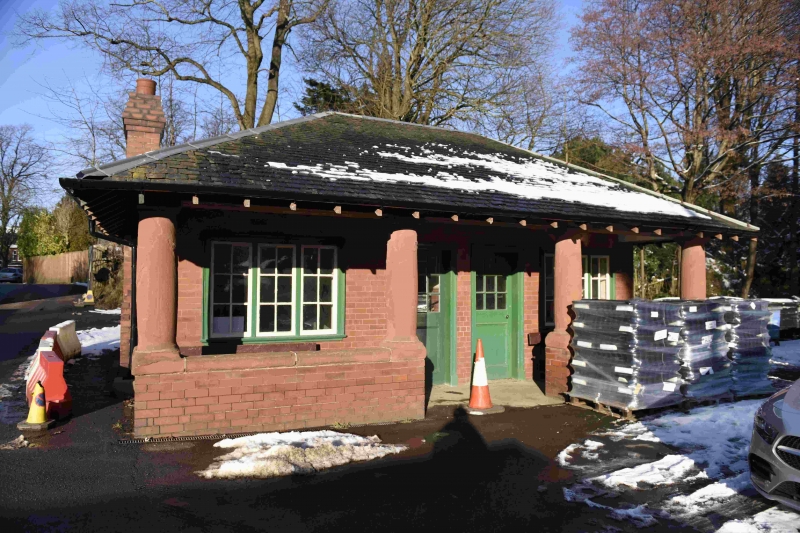 This distinctive and little altered clubhouse is a fine example of a relatively rare building type. The red brick, deep eaves and prominent veranda are decorative Arts and Crafts features added to an essentially functional building. The clubhouse has been little altered from its original design either externally or internally and this adds to its interest. Largely unaltered early 20th century sports pavilions are uncommon survivors.

Partick Curling Club was originally formed in 1842 and this is its third home. The club came to Victoria Park in 1887 and this clubhouse was gifted to the club by the then provost, Bailie William Kennedy. It was formally opened in the 1900-1 season. The club initially used a local pond for their curling, but in 1902 M Hunter Kennedy gifted ponds to the club and a plaque commemorating this is situated on the East elevation of the building. The main curling pond was originally to the South of the clubhouse, but this land no longer belongs to the club and the members now use a curling pond to the East which used to be the practice pond. A number of 1911 cast iron lamp posts, some with decorative brackets line this curling pond.

Curling is believed to have originated in Scotland with the earliest reference to throwing stones on ice dating from 1541. In previous centuries Scotland's climate provided the ideal conditions for the outdoor version of this sport and curling became an integral part of its sporting heritage. Organised curling began with the forming of curling clubs around 1716. The rules of curling were first written down in 1804 by the Duddingston Curling Society, and codified by the Grand (later Royal) Caledonian Curling Company, established in 1838.

The advent of modern indoor curling came in 1907 after new freezing technology was developed. Traditionally, curling stones were made from granite from the island of Ailsa Craig. When curling became an official Olympic sport, at the 1998 Nagano games, granite from the Scottish island was recognised as the primary material source for all Olympic curling stones. Large curling tournaments, known as Grande Matches, form part of the history of the sport and curling continues to be closely identified with Scotland.