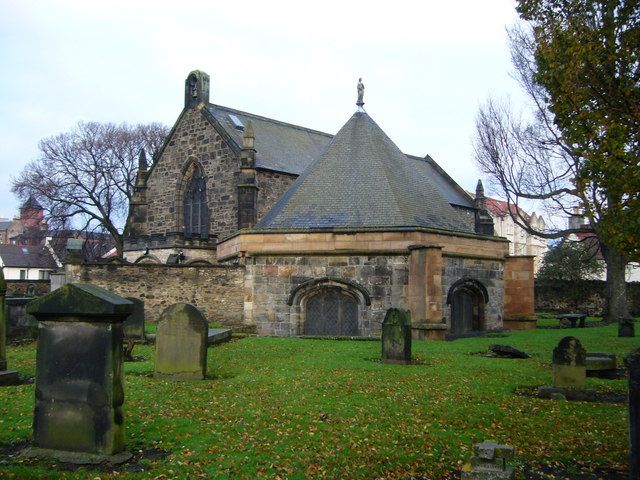 South Elevation: 4-bay with buttresses in squared sandstone between bays reaching to eaves. St Triduana's Aisle joined to nave at southwest (see below).

St Triduana was an 8th Century Saint who spent the end of her life in Restalrig. A parish church is on record as existing by 12th century, rebuilt 1487 into collegiate establishment called Deanery of Restalrig. Ordered to be razed December 1560. Some parts of choir walls survived until re-building of 1836. St Triduana's Aisle (see Scheduled Monument No 90133) begun before 1477 when it was endowed by James III becoming the King's Chapel built on two levels with payment for the roof being made in 1486-7.

'St Triduana's Aisle,chapel and wellhouse' is Scheduled Monument No 90133 and is excluded from the listing.