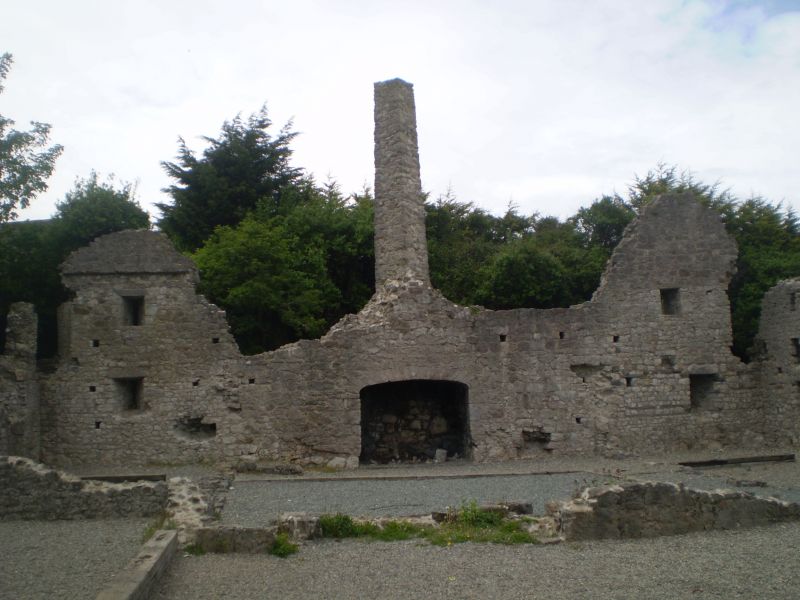 Location: Set back from the road above a former quarry.

The fragmentary remains of a manor house which was the home of the Conways until the later C17. Late C15 or early C16, replacing the C13 palace of Ednyfed Fychan.

The remains consist of the outside walls of 3 ranges enclosing a courtyard, with some of the footings for a probable 4th range. Symmetrically planned, the outer wings have narrow splayed lights, and possible wider openings broken through. W range incorporates remains of a fireplace and chimney, and both have garderobe towers in their gables adjacent to the cross range. This has central shallow arched fireplace with tall chimney, probably a secondary feature, and one which has been restored in the more recent past.