A Grade II Listed Building in Pendoylan, Vale of Glamorgan 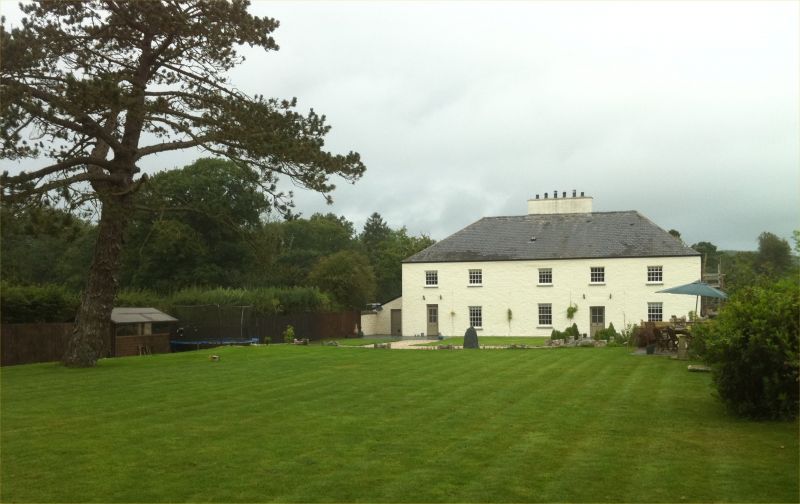 Formerly the principle farmhouse to the Hensol estate which was let by the Talbot family to Mr Samuel Richardson, High Sheriff of Glamorgan in 1798. Richardson was a great agricultural improver and it is likely that this commodious farmhouse dates from Richardson's occupancy.

A single two storey range, of limewashed rubble elevations beneath a hipped and slated roof with massive, single, rendered, axial chimneystack, with modern pots. Front elevation of asymmetrical form with five windows at first floor level comprising four over eight sashes, without horns. At ground floor level the original entrance doorway is offset to the right hand side by one bay with a second doorway at the extreme left hand side. Both doors are modern. Three sash windows at ground floor level. Two of which are original eight over eight, without horns, whilst the remainder is a later replacement. The rear elevation has an orderly, yet asymmetric arrangement of a miscellany of sash window types in original openings. All window openings have simple gauged brick arches over. The rear elevation has four doorways, one blocked . Two of the doorways appear to be original whilst the others appear to have been formed from earlier window openings.

Listed grade II as a good example of an early C19th gentry farmhouse of unaltered and unextended plan, with important historic links to the Hensol estate.