Remains of monastic settlement including tower and walls

A Grade I Listed Building in Llangoed, Isle of Anglesey 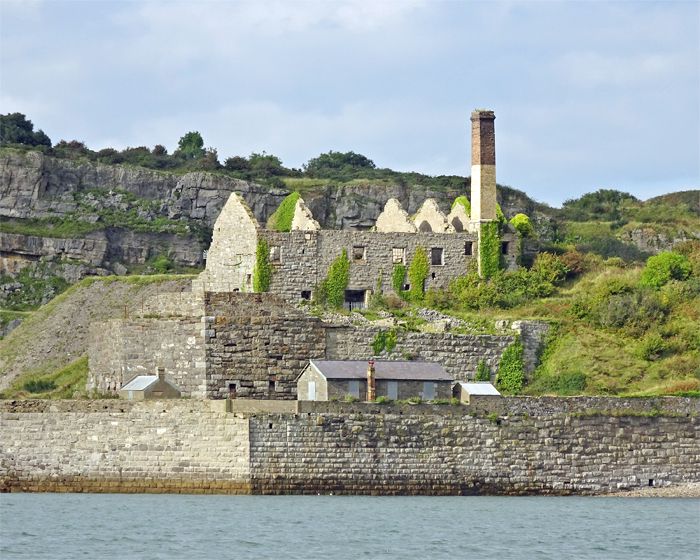 Entry Name: Remains of monastic settlement including tower and walls

Location: Located in the central part of the small island of Priestholm, or Puffin Island, off the SE tip of the Isle of Anglesey.

No records remain of the early history of the settlement, though it is probable that it was founded in the early days of Christianity and parts of the enclosure walls are thought (by RCAHM) to be possibly as early as C7. The settlement includes a partly ruined C12 church of which the only part now standing is the central tower.

Remains of a monastic settlement comprising outer boundary wall with the foundations of 3 or 4 rectangular cells to the NW; the enclosure is roughly oblong in shape, split into 2 compounds by a single wall offset to the NE end. Within the SW compound are the remains of the C12 church building of which only the central tower stands. To its W are the foundations of the nave, parts of the S wall of which are now within the walls of a late C19 cottage, also built over the site of a S transept to S of the tower. To the E is a late C19 building over the site of the chancel (excavated in 1896).
The central C12 tower is of 2 stages and has a squat pyramidal roof. Built of local rubble masonry; on the E wall the roofline of the early chancel is visible, with that of the C13 above. The crossing has original round arched opposite doorways in E and W walls; the W doorway is now filled in. Above the centre of the E doorway a Roman box-tile is built in. To the S is an opening with a roughly-constructed semi-circular arch cutting through the reveals of a narrow round-headed window; the arch gave access to a S transept, the site now occupied by a small cottage. The upper stage of the tower is marked by a plain projecting string course and has original round-headed windows in each wall; those to S and W of 2 lights with the shafts missing.

Listed for its importance as the remains of an early monastic settlement which includes a substantially intact C12 tower.
Ancient Monument No 1/3088/AN 064 (ANG).