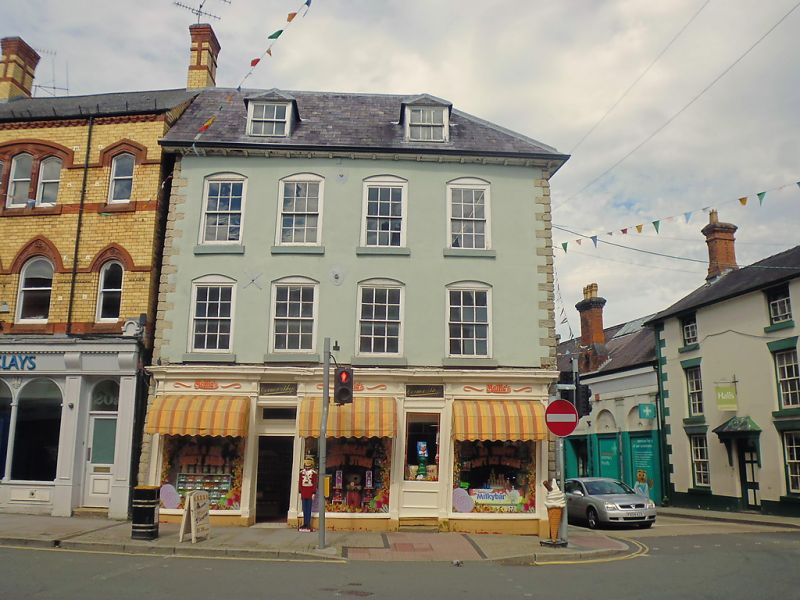 Location: On the corner with Church Street.

The building is dated 1736, and was probably built by a local family, the Lloyds of Henllan. Although a single building, it was occupied as 2 until the late C19. By 1745 No 22 was occupied by a pharmacist, and later in the C18, by a grocer. It remained thereafter in continuous commercial use as a grocers' shop, incorporating No 21 in 1880. The adjacent buildings on Church Street appear to have been associated with it as warehousing from at least the early C19

A very fine early C18 town house retaining much of its original external character, which is also of particular interest for the high quality of its late C19 shop front.