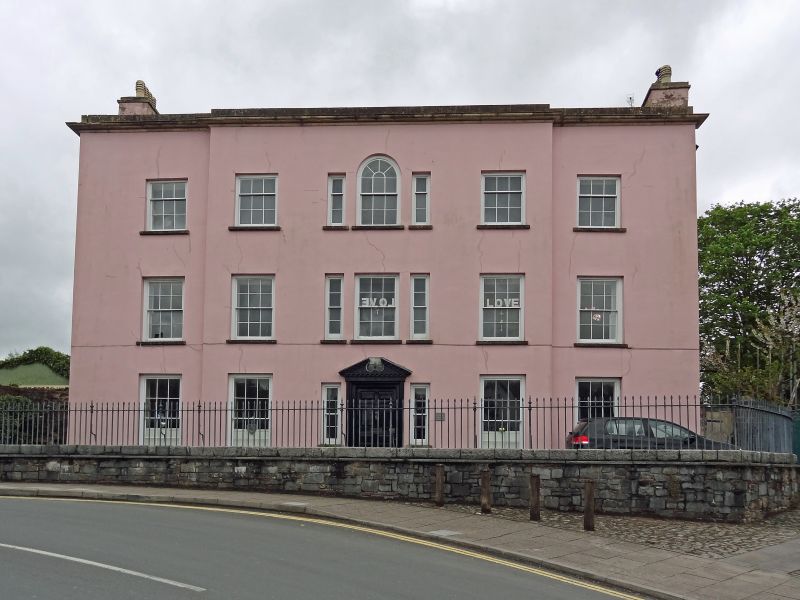 Location: Prominently sited to N of the castle and entered through the same iron gates.

Early Georgian classical house said to be ca 1730; Regency alterations and enlargement ca 1810; internal modifications by Clough Williams-Ellis for the author Richard Hughes who occupied the house 1934/5 to 1946. Shallow U-plan.