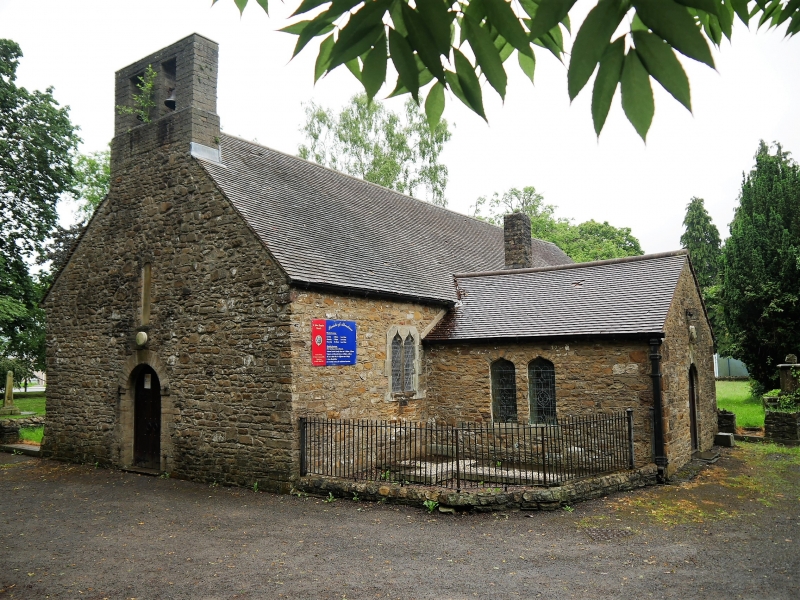 Location: Set in a oval churchyard on the western edge of the town centre. Part rubble walled and railed boundary.

At the SW corner a crucifix shaped tomb is enclosed behind railings. Gravestones fixed to S chancel wall, one of the earliest of which is to Nathaniel Thomas (died l775). Many other later Cl8 and Cl9 gravestones against the church walls. The churchyard itself contains a grand tabernacle shrine type monument on S side and there are a number by WáParker (later Cl9). Also one by D Thomas of obelisk type and a classical pedestal monument erected by Caradog to his family. Vault to Roberts family of Gadlys. At the E end of the churchyard between Nos 27b and 28á High Street is a reused panel of probably earlier Cl9 ironwork.

Rendered interior. Arched and diagonally boarded ceilings with ribs springing from semi-octagonal stone corbels; crenellated cornice. Pointed chancel arch with steps up to the sanctuary; iron gates. Cambered arch window recesses; octagonal font. The medieval S doorway is retained within what is now the vestry; probably Cl3 rather than of ll89 period - characteristic of West Country work with continuous roll moulding. Some good Cl9 and early C20 monuments retained eg one by Thomas of Brecon to the Scale Family of Llwydcoed and one in memory of the wife of W T Lewis of Mardy.

Graded II* for its medieval origins and importance in the history of Aberdare.