A Grade I Listed Building in Llandeilo, Carmarthenshire 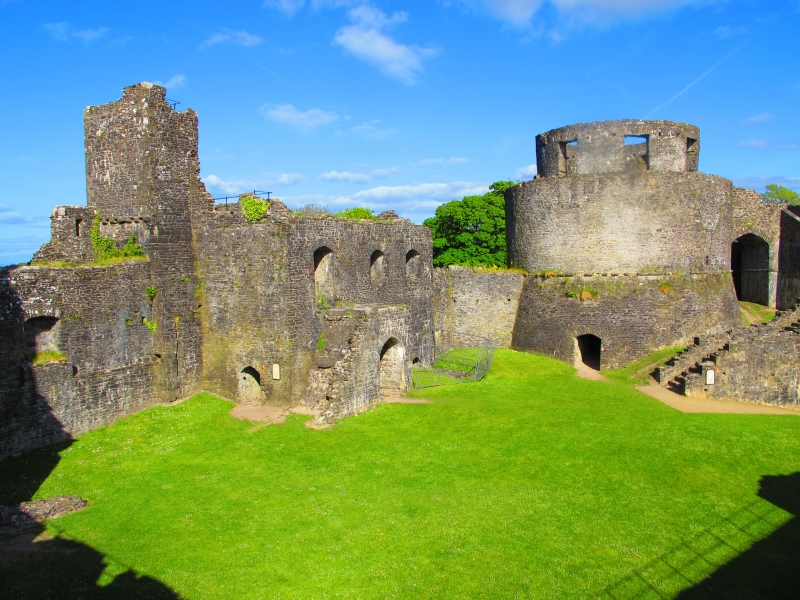 Location: Set high on a rocky, wooded ridge above Afon Tywi with exceptional, picturesque views to the castle from S over the river and from the landscaped park to N.

Extensive remains of a medieval castle first built by the Welsh princes in C13; partly remodelled by King Edward I with a gatehouse added on S and a rectanuglar tower on N. Late C15 additions by Sir Rhys ap Thomas.

The masonry remains include an angular curtain wall, incorporating a circular tower to NW and a large round tower at SE angle, now surmounted by a C17(?)/C18 gazebo. Later additions include a rectangular hall facing N.