A Grade I Listed Building in Morriston, Swansea 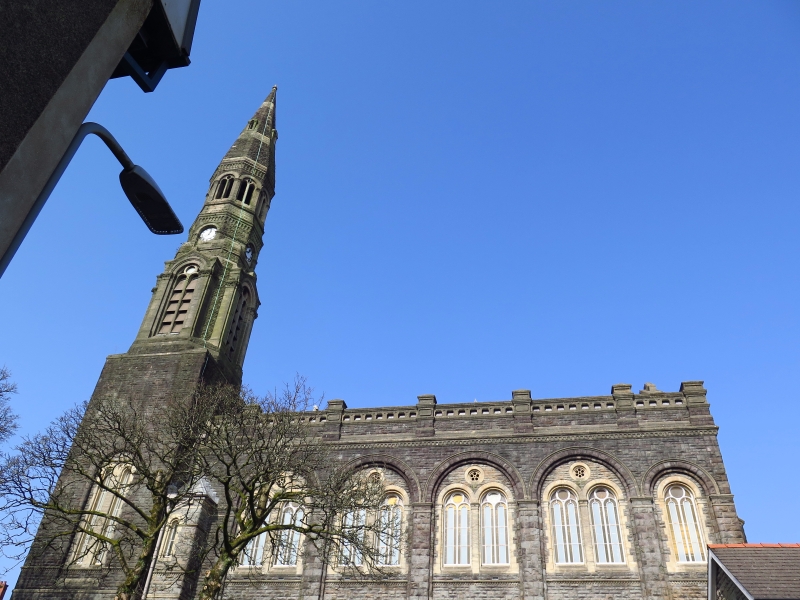 Location: On NE corner of Woodfield Street and Crown Street; on prominent sloping site, visible from large area to E of community. Set in yard with low stone wall with iron railings and gates.

Graded I as perhaps most ambitious grand chapel in Wales with striking exterior presence, and virtually unaltered interior and fittings.