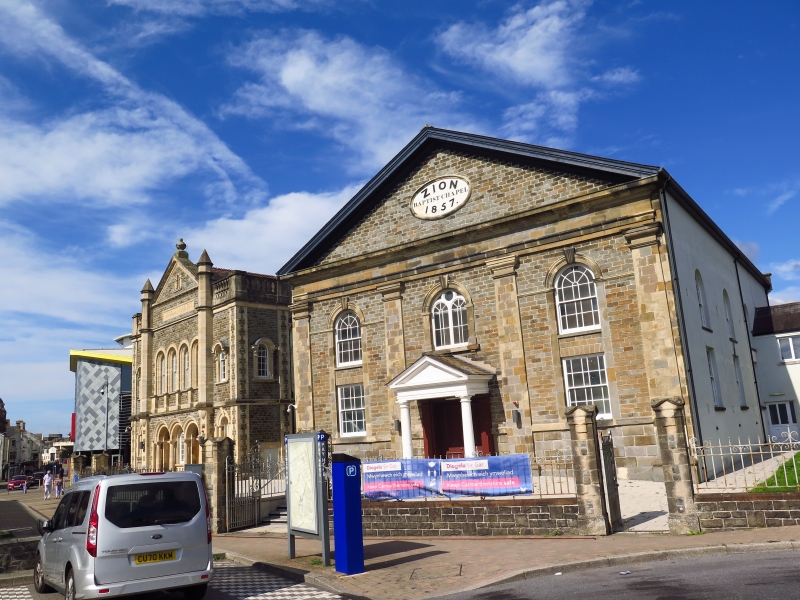 Plain side elevations, 2-storey, 4-window, arched windows above, flat headed below, sashes with narrow marginal and centre panes. East side has 3-window bay, the fourth blocked by attached house. Rear has 2-window centre projection and one-window range each side. Shouldered gable. Stucco hoodmoulds.

Front railings of circa 1913 to match those of Sunday School (q.v.).

A fine example of classical tradition in chapel building and one of a series of similar Baptist chapels in Llanelli, including Greenfield (1858 H Rogers), Moriah (1870 J Powell) and Caersalem (1893). J Powell was contractor for building of Zion.