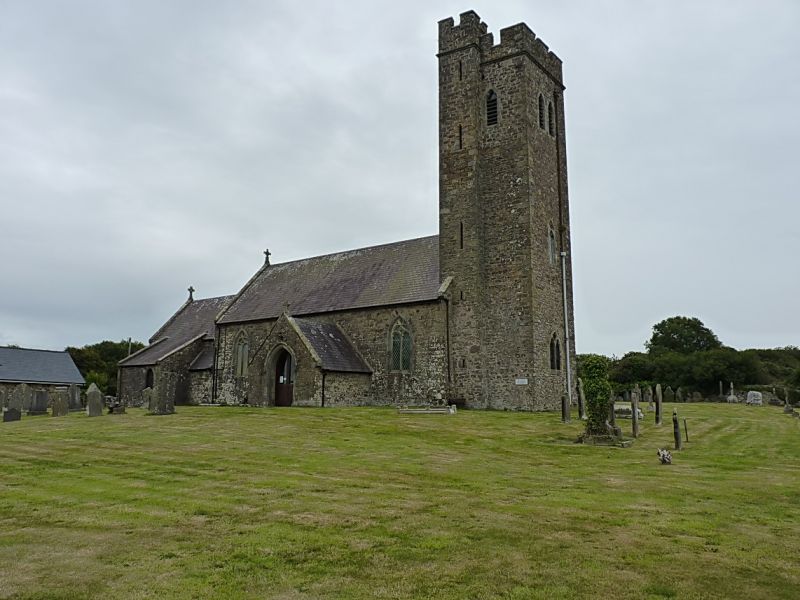 Location: On the S side of the minor road through Robeston West.

Anglican parish church, mostly medieval, remarkable for the vaulted nave and porch, and ribbed octagonal vault of tower. The nave is probably C13, the tower C14 but with the low openings S and E broken through in C17. The NE chapel, of the Roch family of Rickeston and Clareston, is C15, and at the time the chancel roof was probably raised. Repaired 1863 by W. H. Lindsey, and again in 1908 by D. E. Thomas & Son. In 1922 there was a carved Royal arms on the W wall of the NE chapel, not seen. There was a restoration of the tower in 1925.