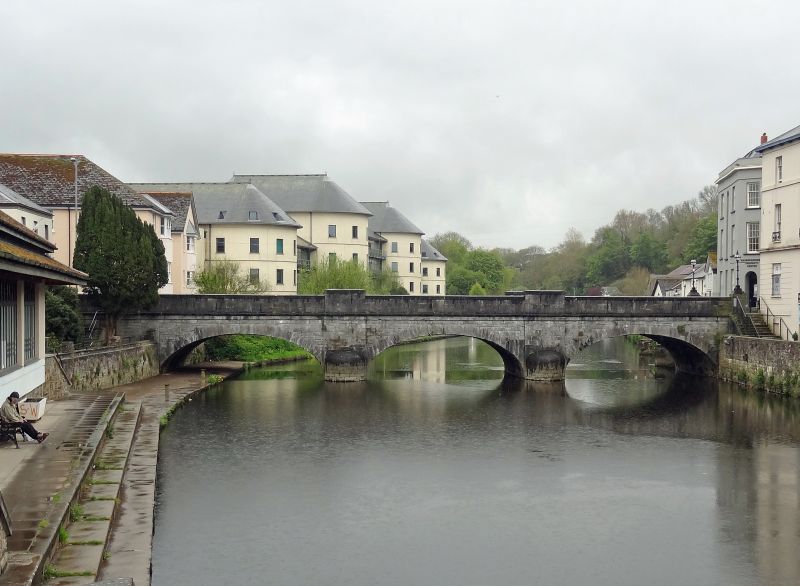 Location: Situated between Picton Place and Victoria Place, across the Western Cleddau river.

Road bridge over the Western Cleddau, 1833-7 by William Owen. The bridge was proposed in 1832 as part of the general improvements to the town and an act of Parliament obtained. Plans were made in 1833 for a bridge to cost £795, of which Sir R. Philipps of Picton Castle gave £500. There were financial problems and Owen put up the required money in return for a 21-year lease of the tolls. The tolls were abolished in 1878.

Graded II* for its special architectural interest as a well-designed early C19 road bridge, part of the improvements to the town undertaken by William Owen in the 1830s.