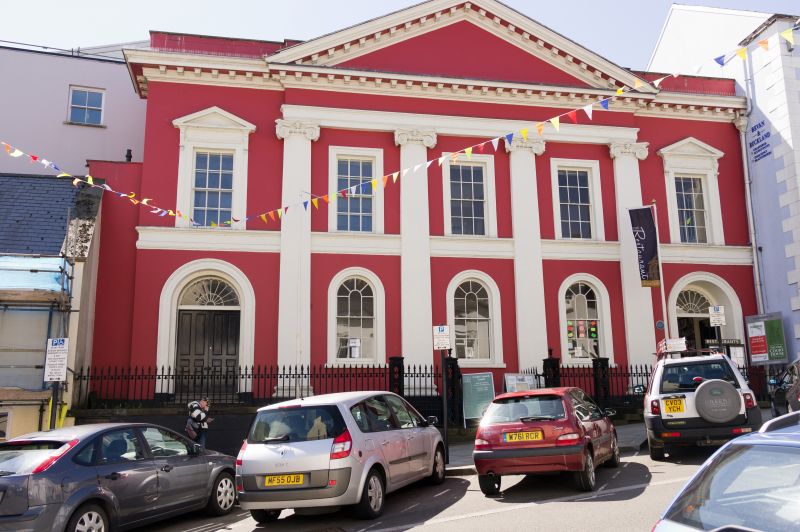 Location: On the S side of the High Street some 25m W of its junction with Quay Street.

Built in 1835-7 for assize courts, to the design of William Owen of Haverfordwest. It was built on the site of a Quaker meeting-house, and formed part of the redesign of the centre of the town undertken by William Owen from 1832-40. The hall appears to have been delayed in completion, as hope was expressed that it would be finished soon in 1847. The clock was added in 1888 in memory of W. Vaughan James JP, for 100 guineas. The interior was altered in 1900-01 by Arthur Thomas, to create a council chamber. It was used as the county council offices for much of the C20, latterly as court house. Disused since 2002.

Fine interior not available for inspection. There is a D-plan top-lit court room with fine neo-Grec plaster detail to a coffered barrel ceiling, and giant Ionic pilasters along the rear wall.

Grade II* as one of the most distinguished early C19 public buildings in the region.