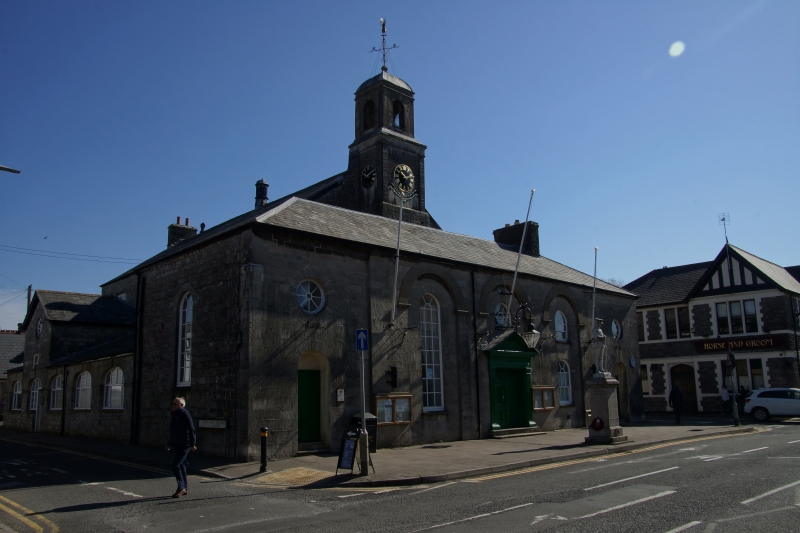 1806-30. Built as the Glamorganshire House of Correction. When superseded by Swansea Prison 1829, the building became the Town Hall of Cowbridge, allowing demolition the old Guild Hall, in the centre of the High Street. The building incorporates some of the cells of the former gaol ; restored and enlarged in 1895 and renovated in 1974.

Loftier rear block at right angles, with square ashlar clock tower with pilasters and fluted frieze to front end, the tower surmounted by a square bellcote with cupola and crowning weathervane. Front clock face with the following inscription below: "This clock was presented to the Town by/The Right Rev Edward Coplestone DD Bishop of Llandaff/1836". Late C19 lean-to wings against long elevations of this higher rear wing have elliptical arched windows (former doorways). Also, lower rear gabled cross wings the SW cross wing with an inscription relating to restoration and enlargement of 1895.