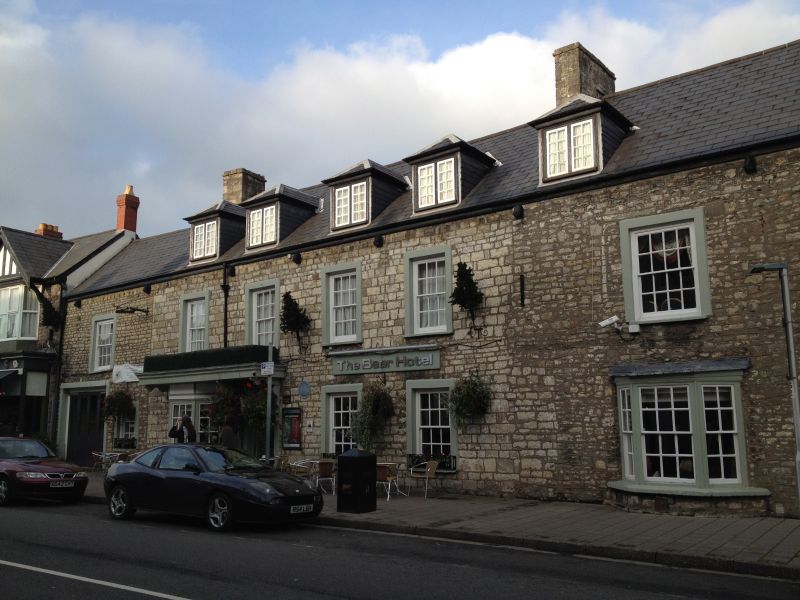 Location: On line of street, to L of HSBC (former Midland Bank).

Late medieval or possibly earlier origin. Formerly the town house associated with Llanmihangel Place. Front wing of two periods of construction; the greater part of front wing comprises vestigial C16 or earlier hall with SE end bay of later C16 construction with rubble masonry comprising either an addition or a rebuilt structure. Three storey SE rear wing of C16 or possibly late medieval origin with apsidal end added in C18; formerly a separate building with first floor entry. A former coaching inn; the Long Room or former Assembly Room was licensed in C18 for use by the Quakers. For fuller analysis and plans, see RCAHM Inventory.

Building retaining substantial evidence of medieval origins, as well as much of the character of its C18 rebuilding. Group value with adjacent listed buildings.