Duke of Wellington PH including Rear Wing to Church Street 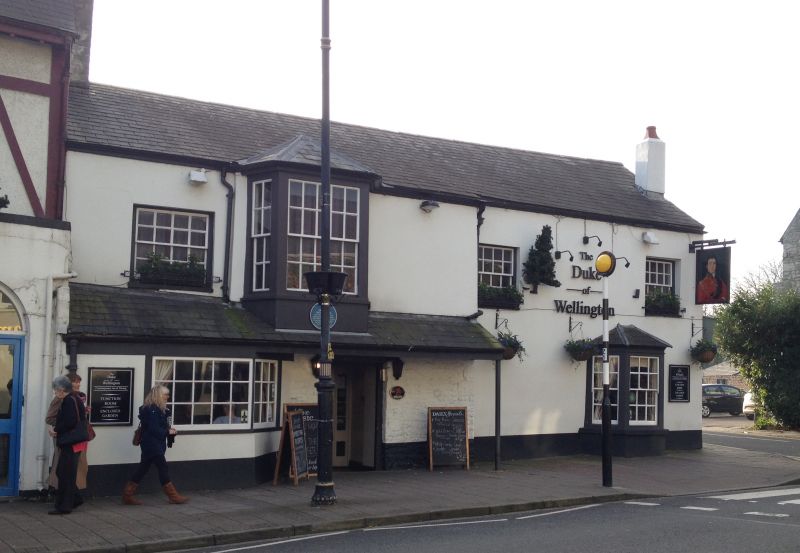 Location: On corner with Church Street.

Front wing of medieval origin with later alterations. Known as the Black Horse until about 1850, after the first Duke of Wellington is thought to have stayed here on a visit to General Picton’s family in Carmarthenshire. Until early C20, one of a row of three similar vernacular buildings.