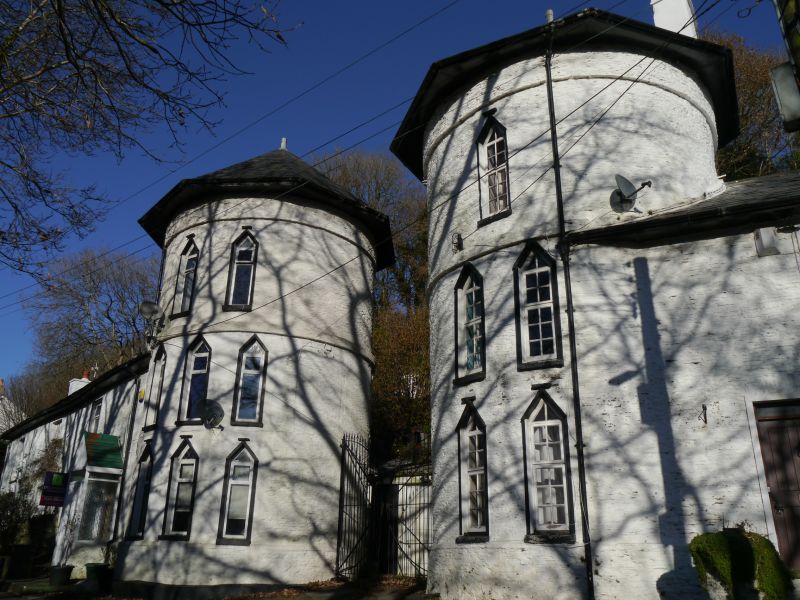 Location: On a W-facing hillside overlooking the town. No 31 incorporates the northernmost tower and the wrought iron gates.

Built in 1838-9 by Dr William Price in connection with a 'Druidic museum' close to the Rocking Stone on Pontypridd Common. The 'museum' was a 4-storey round house demolished c1950.

William Price (1800-93) was a doctor, chartist and druid who performed druidical rites at the nearby rocking stone and was a conspicuous local figure dressed in white tunic, scarlet waistcoat, green trousers and fox-skin hat. He achieved a national reputation as an advocate of free love and vegetarianism and scorned orthodox religion and society. His aquittal in 1884 on charges of illegally cremating his son established the legality of cremation in British Law.

The Interiors are modernised.