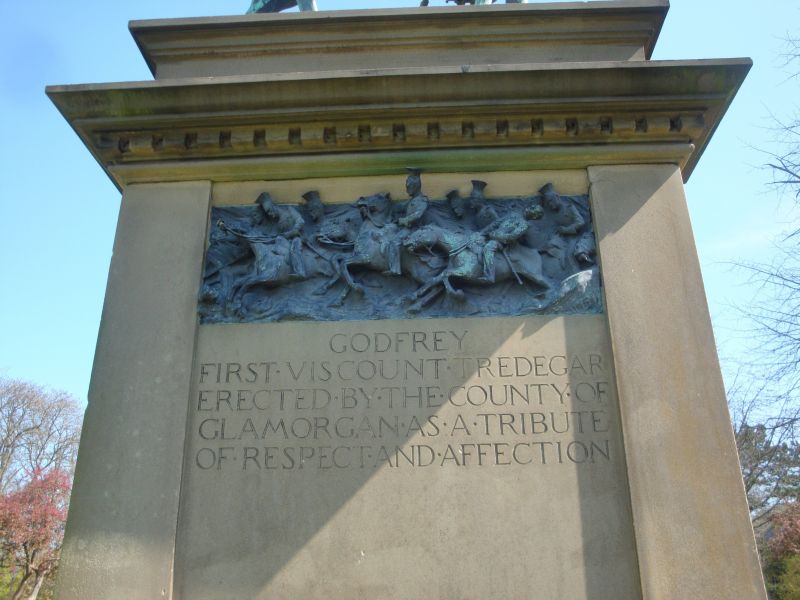 Location: On S side of gardens, facing Boulevard de Nantes.

By W Goscombe John RA, Sculptor. Unveiled October 25th 1909, the 55th anniversary of the day on which Lord Tredegar led a troop of XVII Lancers in the Charge of the Light Brigade at the Battle of Balaclava. Erected by the County of Glamorgan "as a tribute of respect and affection".

Bronze equestrian statue of Lord Tredegar in uniform of 17th Lancers. Pilastered plinth of Darley Dale stone with bronze reliefs depicting the Charge of the Light Brigade; bronze inscription on east side.