Ruins of the Old Bishop's Palace

A Grade I Listed Building in Llandaff, Cardiff 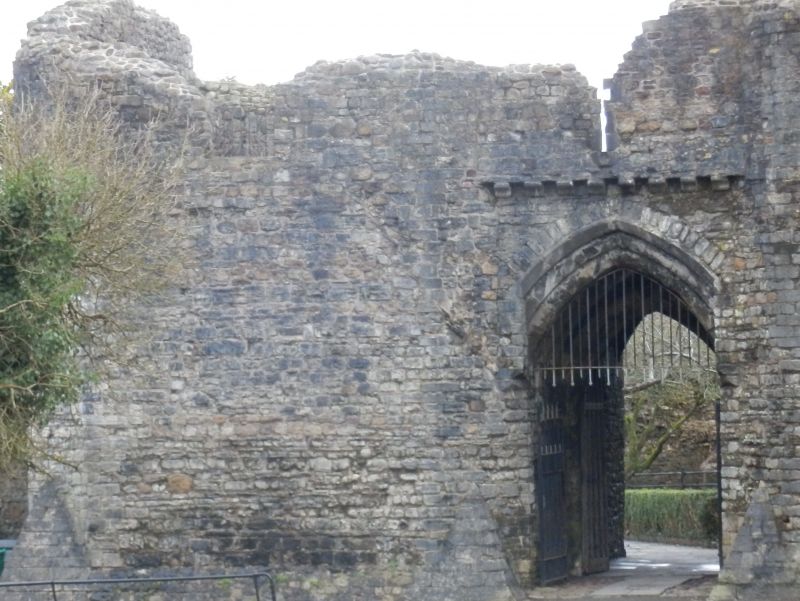 Location: At the south-east end of The Cathedral Green and part of the important group of buildings surrounding it.

Late C13, probably built by William de Broase (Bishop 1266-87), and comparable with contemporary work at other South Wales castles, especially Caerphilly. It was, however, abandoned by the Bishop following the Owain Glyndwr led rebellion in 1402-5 and the Bishop of Llandaff moved to Mathern Palace (qv Mathern Community, Monmouthshire) and did not return to live near his Cathedral until 1850 (qv Cathedral School). The castle is shown complete on John Speed's plan of 1610, with the gatehouse and four other towers, so it was presumably dismantled at the time of the Civil War. A photograph of c1860 shows that it has received only a small amount of repair and consolidation since that date (mainly in 1971). It is the only remaining medieval residence of leading Cathedral clergy at Llandaff. The castle was a part of the Bishop's Palace garden while he was resident (1850-1939) in what is now the Cathedral School (qv). It was given to the City of Cardiff in 1971, was repaired by them, and was opened as a public garden in 1972.

Planned as a single bailey castle with the main defence in the gatehouse and the walls above the river escarpment. Gatehouse with twin towers, originally with two floors above a basement, archway with three vaulted bays with the original moulding, portcullis slot and rebate for the surviving ancient oak doors with much iron strapping and studding. There is a north-east tower, which is shown in Speed's view of 1610, together with other towers along the south wall, traces of which also remain. Curtain wall, most complete along west front. Traces only of original upper rooms.

There is now no evidence for structures within the walls apart from the suggestions of a first floor Great Hall in the corner above the escarpment. John Speed shows nothing in 1610 although the walls and towers are shown complete. Single bailey castles of this kind, with limited accommodation within the walls and towers themselves, would always have had timber buildings within the bailey, see for example Caldicot Castle (qv Caldicot Community, Monmouthshire). The interiors of the gatehouse were not available for inspection at resurvey, but it is reported that the north tower has an unlit semi-basement and the south tower has a well appointed ground floor room with a hooded fireplace and arrow loops in three directions. The square turret behind contains a spacious newel stair which must have given access to the room above the full width of the gatehouse.