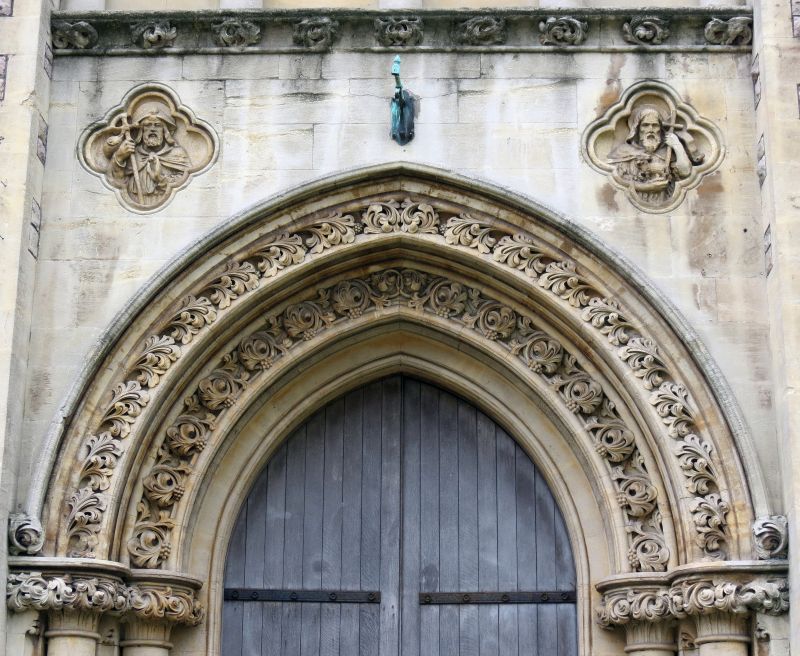 Location: On W corner of Newport Road and Glossop Road

1891-1894, replacing iron church. By Col E M Bruce Vaughan, architect, who lived in the parish, and later donated the stained glass in E window in memory of his sister (1906). The building shows influence of Bodley's nearby St German's.
Builder Messrs Burton & Co, Cardiff. Opened 15 June 1894. Some restoration following fire in 1925, by Willmot & Smith, architects, including tiling and marble steps to chancel, altar, organ, and War Memorial rood screen. The reredos (by J B L Tolhurst, and Christopher Webb) dates from 1925.

Listed as "the masterpiece of E M Bruce Vaughan", whose finely composed tower and spire is a key feature on the Newport Road approach to the city centre.
Group value with Cardiff Royal Infirmary