A Grade I Listed Building in Cardiff, Cardiff 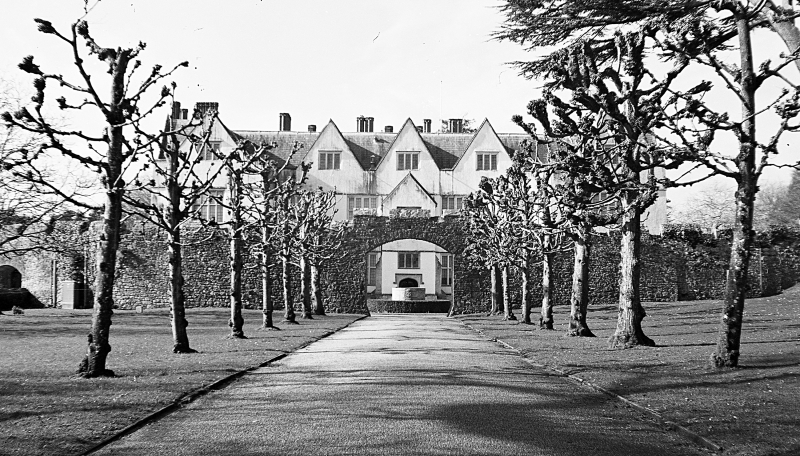 Location: In the centre of St Fagans village opposite the Church of St Mary the Blessed Virgin.

It seems likely that the main structure of the house was built by John Gibbon in c1580-86. The shell was certainly there in 1596 when it belonged to the Herberts, but it does not appear to have been fitted out with panelling etc. until after it was purchased by the Lewises in 1616, and there are a number of dated items in the house associated with this period. It remained their property until 1730 when the 3rd Earl of Plymouth married Elizabeth Lewis. From 1850s onwards, from the time that the Honourable Robert Henry and Lady Harriet Windsor Clive came to live in the Castle, various structural additions were made on the west side between the medieval castle wall and the C16 portion, mostly in 1868-9. These comprised the two-storey stone wing with gables and circular turret which contained the servants' hall and, to the south, the laundry and steward's room; all these units are shown on a plan by W P James, Cardiff architect, dateable to about that time. The present exhibition and dining room were added in the 1890s. From the 1880s onward the house was largely used as a summer residence by the Plymouths, whose main home was at Hewell Grange in Worcestershire. In 1946 St. Fagans Castle was given to the National Museum of Wales in response to their appeal for a home for a new Welsh Folk Museum. The gardens were opened in 1947 and the house on 1st July 1948. It was redecorated at that time, reroofed in 1982 and refurbished in 1988 and again in 2002. St. Fagans Castle is now shown as a Welsh aristocratic house, as part of the Museum of Welsh Life, an out-station of the National Museum of Wales.

Within the plan of the house still retains much of the probable Elizabethan original but with changes developed through to those of the 1860s. The entry goes into a cross passage with the Hall and family rooms on the right and the service rooms on the left. As in most houses of this type the main reception rooms and Great Chamber are on the first floor reached by the main staircase in the north-west corner. There are old stone doorways at the entrances to pantry, kitchen and back stairs; the kitchen retains old fireplaces and a stone flagged floor; in the hall there is a finely carved over-mantel with the arms of the Windsor family, this dates it to post 1736. The withdrawing room retains an oak floor and the coat-of-arms of Lewis of St Fagans Castle on the overmantel. Fine C19 staircase leading to first floor. The Long Gallery originally ran along the rear of the house on the first floor giving access to the rooms. One bedroom has a carved frieze of early C17 date, an over-mantel dated 1635 and oak panelling painted at a later date. Another bedroom has painted fielded panelling of early C18 date and a finely carved frieze of about 1620; in the parlour there is a carved frieze inscribed EBL/1624 and an iron fireback inscribed EL/1620 and bearing the Lewis arms. The rooms are furnished appropriately by the Museum to represent life in a Welsh aristocratic house. Some of the furniture is indigeneous, while many pieces have come from other houses throughout Wales.

Included and highly graded as one of the most important and unaltered Elizabethan country houses in Wales.