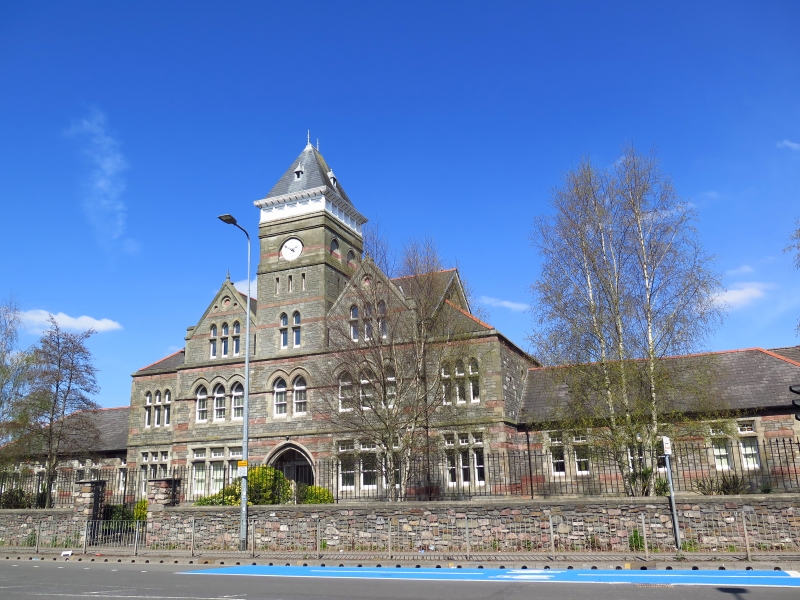 Location: A prominent building in the centre of the Community at the junction of Cowbridge Road East and Wellington Street.

Not available for inspection at time of resurvey.

Included for its architectural and historic interest as the surviving part of a Union Workhouse standing unusually close to a major city centre.