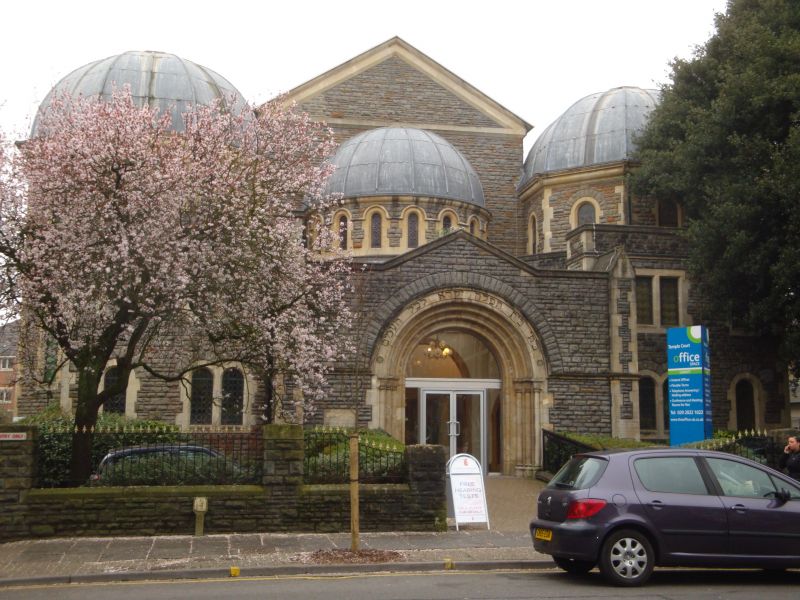 Location: Set back from the south end of the road behind a boundary wall and hedges.

Built 1896-7. Delissa Joseph, architect. The synagogue was closed in 1989 and was converted to office use with a large block added at the rear. The restored building was opened by Peter Hain in 1997 (plaque).

Interior not available for inspection at the time of listing (1984), since 1989 this has been converted to offices. Inspected in part at resurvey. The interior has been completely changed and the only original feature seen was the domed apse above the entrance with seven narrow coloured glass lights and panelled plasterwork in the half-dome above.

Included as a good piece of synagogue architecture designed by a notable architect of the type, which, despite alteration, retains its external character and contributes to the adjacent group of Victorian houses.