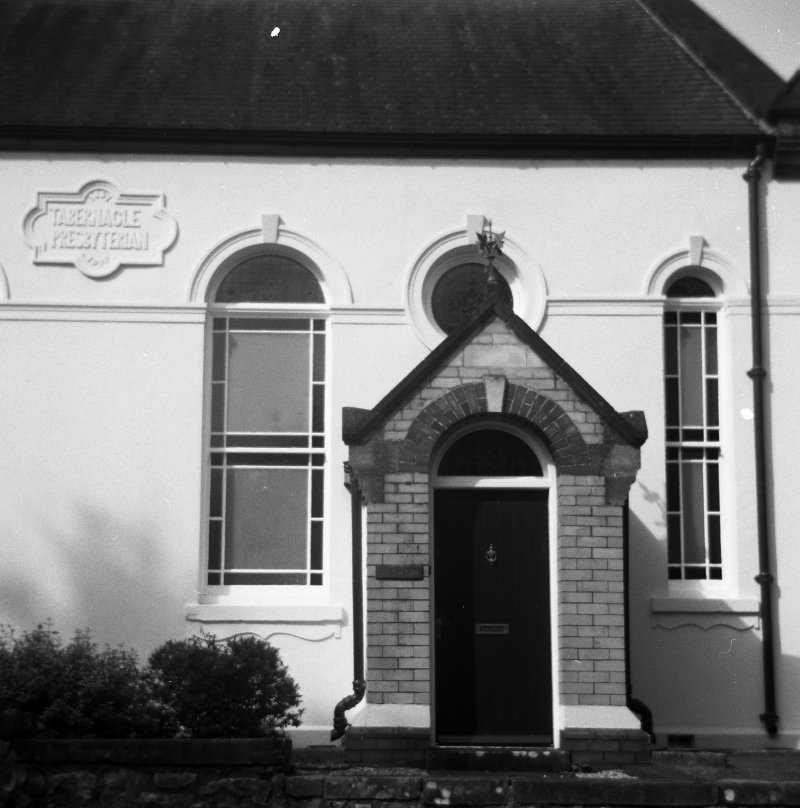 Location: Part of a group of historic buildings in the main street of St Fagans village, sited nearly opposite the entrance to St Fagans Drive.

Dated 1837 (opened as a Calvinistic Methodist Chapel) and built on land given by Hon. R T Clive. Front rebuilt in 1900 (date plaque on front of building). The chapel was converted to a house following listing, having been empty and deteriorating at the time of inspection (April 1989).

Interior not seen at resurvey, but the conversion to a house included the insertion of a floor and it is not known what of the interior features described at the time of listing in 1989 may survive, possibly none. 'Plain interior with moulded cornice (including egg and dart), ribbed panels to ceiling plus ribbed and boarded centre with timber rose containing paterae. Panelled pulpit front with balustered railings to stairs and enclosure to 'big seat'.'

Included as a part of the important group of historic estate buildings at the centre of St. Fagans village.