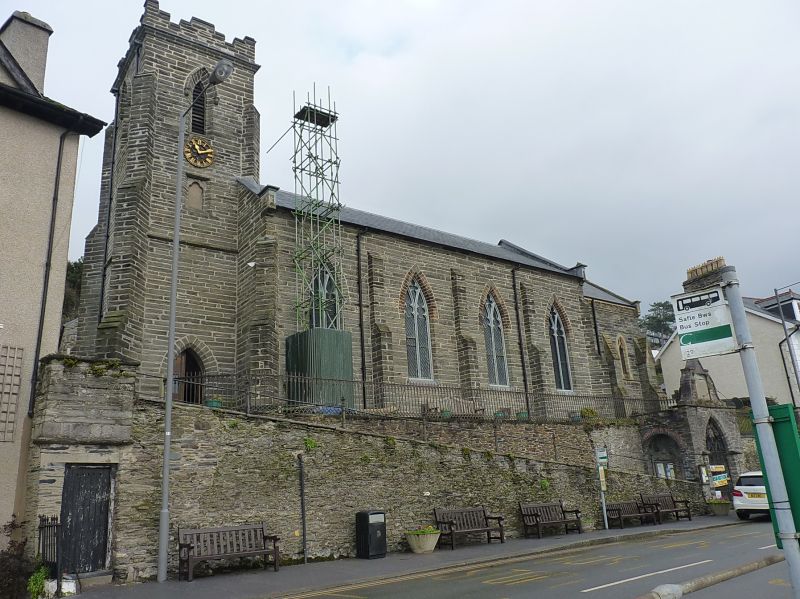 Rear churchyard wall has arched entrance with stepped castellations over.