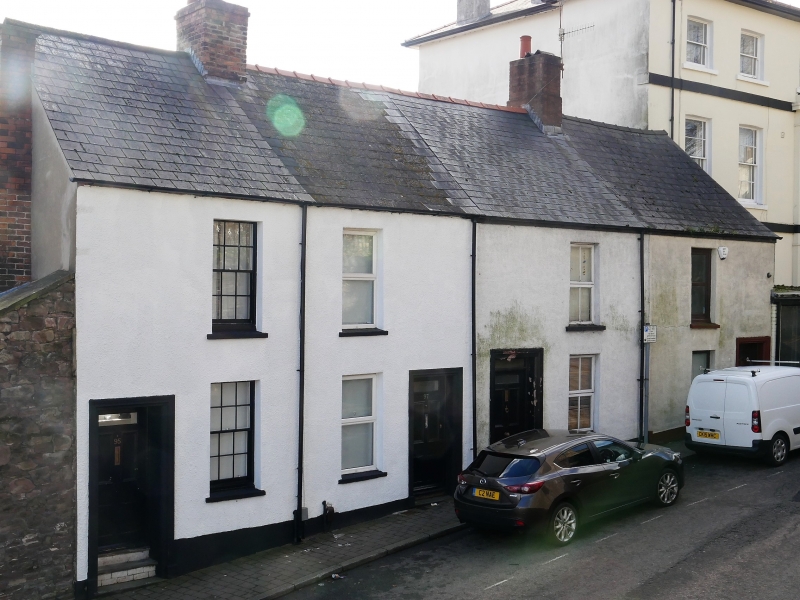 Location: Terraced group set in the slope immediately below south-east end of the churchyard to St Woolo's Cathedral; between Nos 93 and 103 (St Woolo's Lodge).

Early C19 terrace of four, 2-storey, 1-window houses built in reflected pairs and following the curve of the street; said to have been converted from the former stables to St Woolo's Lodge. Roughcast fronts with plinth, slate roofs (partly renewed) and red brick chimney stacks, replaced to No 99. The best preserved is the whitewashed No 95 which retains 12-pane hornless sash windows and 4-panel door with the horizontal top-panel being glazed; moulded architrave to recessed doorway. Although Nos 97 to 101 have an assortment of modern glazing the sizes of the openings has not been changed and the moulded architraves are retained; modern doors to Nos 97 and 101 while that to No 99 is of same type as that to No 95. Openings to Nos 99 and 101 are broadly spaced. Cross ranges to rear.

Included for group value with adjacent listed items and for their contribution to the historic area around St Woolo's Cathedral.