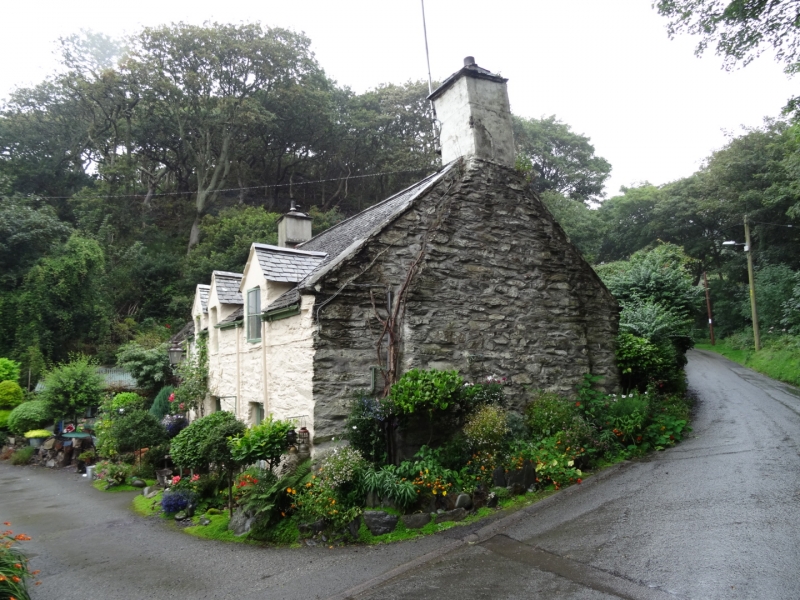 Location: Located prominently on the lane and at right-angles with Fford Panteinion.

Late C17/early C18 farmhouse. Site of a notorious siege and shoot-out on 22 July 1780 when Owen Owens, the Deputy Sherrif and a party of bailiffs went to arrest David Williams, the owner, for smuggling goods to the value of ú200; Owens and two of the bailifs were wounded, the former seriously: `Williams fixed upon his house the English colours and defied the beseigers.' Williams was finally taken after further assistance was sought.

It was not possible to inspect the interior.

Listed as a good vernacular farmhouse retaining C17/18 character and with an interesting historical association.