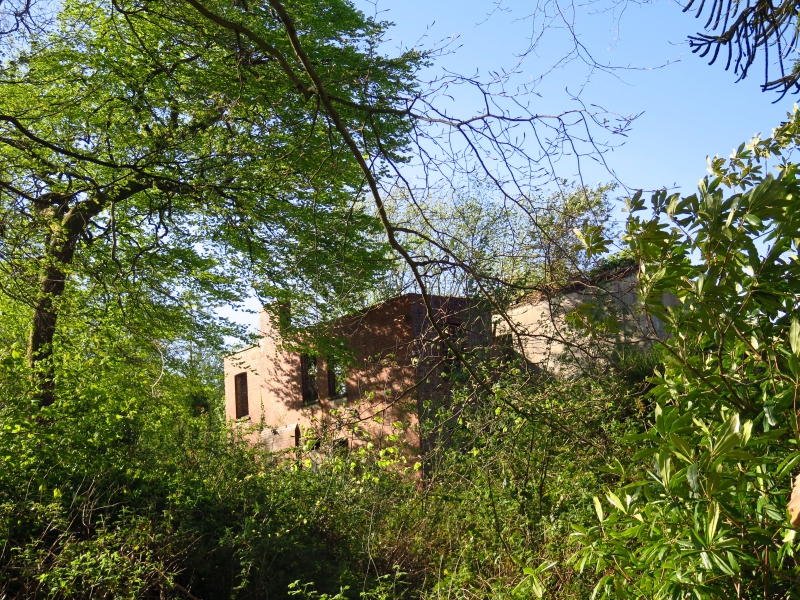 Location: Set back from the main B4434 through the village 0.7km SW of Tonna church. In its own grounds with rubble boundary wall and stone gate-piers to the drive.

A classical house of c1800, with early C19 refenestration and enlargement. The house became a ladies' seminary in the early C20 but was uninhabited at the time of inspection.

A symmetrical 5-bay house of 2 storeys and attic, with a roughcast front with quoins and a tall hipped roof typical of this period, with bracketed eaves. Most of the slates are missing. Flush-set sash windows, all with panelled shutters, have now mostly lost their glazing bars. A distinctive, semicircular central timber porch is early C20. It has pilasters, a bracketed cornice and small-pane glazing. The outer door is convex and the inner door, with reeded pilasters, is concave forming a rounded lobby. Two slate-hung dormers have hipped roofs and 9-pane sashes. The L end wall is 1-window and has an attached 2-storey red brick extension with a flat roof and recessed, camber-headed sashes. The R end wall has a tall stair light and an attached flat-roofed 2-storey block to the rear including a half-glazed door. The rear elevation has a gable-ended rubble cross range to the centre which is part of the original structure (and is said by RCAHMW to have contained the hall). To the R is a tall 2-storey range, parallel to the main block, with outside steps and similar sashes.

Not accessible at the time of inspection but described by the RCAHMW as having an ornate timber staircase reached by a central stair-passage.

Listed for its architectural interest as a substantial c1800 house retaining original character.