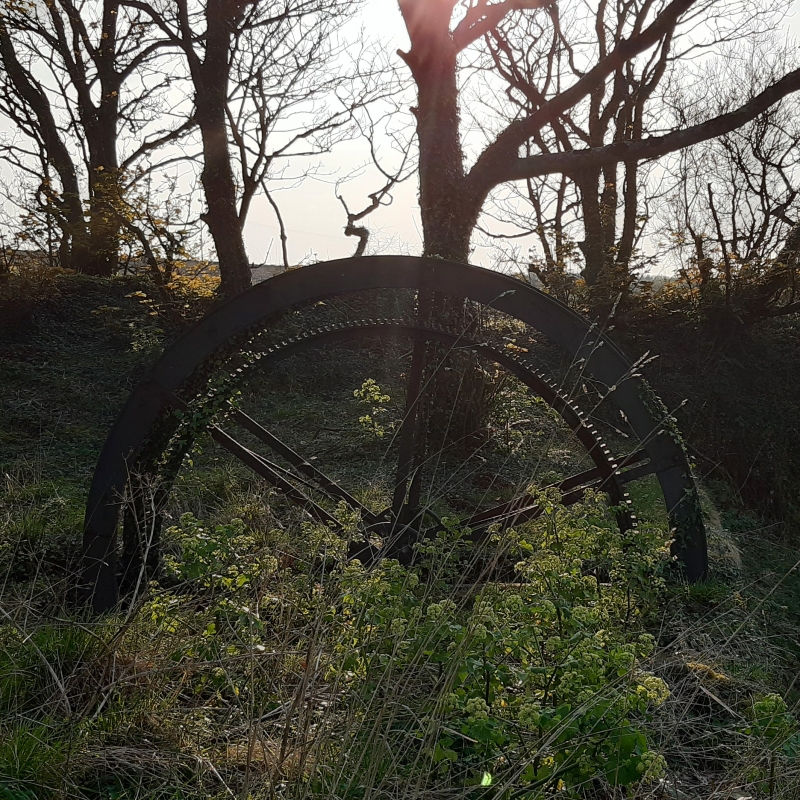 Location: Situated some 4km NE of Ferwig, 1km due S of the coast at Penpel-es.

Wheel and pond not marked on the 1847/48 Tithe Map although the farm buildings are shown as being on both sides of the road. At this time the farm was owned by Rev. William James and occupied by Evan Davies. Restored and now owned by the National Trust.

Later C19 iron overshot twelve foot waterwheel by T. Thomas of Cardigan in rubble stone wheel pit. Timothy Thomas was a maker of many kinds of agricultural machinery and this wheel was probably made after his move from the Mwldan Engineering Works in Cardigan to the Bridge End Foundry in the same town in 1854.

Included as a rare example (in situ) of a C19 waterwheel made locally in Cardigan.