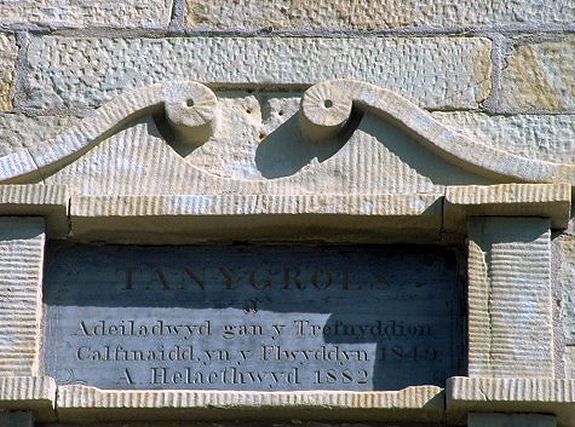 Location: Situated in village on N side of A 487.

Included for good front elevation in the local stone, quarried in Tanygroes. The elevation is of the early-mid C19 lateral facade type, but here combined with a gable, suggesting a transition between the side-wall and end-wall types.