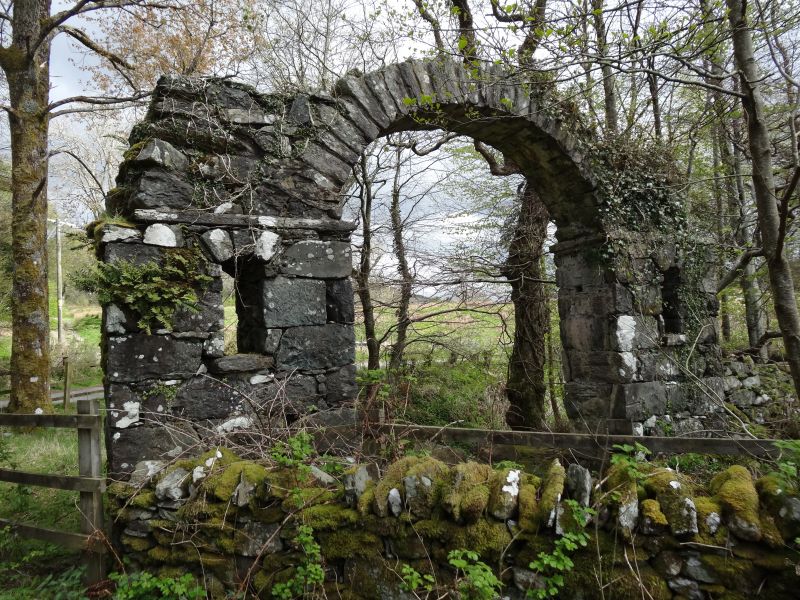 Location: Located 1km SW of Nannau hall at the boundary of the Llanelltyd community with the Brithdir and Llanfachreth community. The archis on the Llanelltyd side of an unnamed stream and spans a metalled road

Of special interest as one of a number of unusual and interesting estate features relating to Sir Robert Vaughan's period at Nannau.