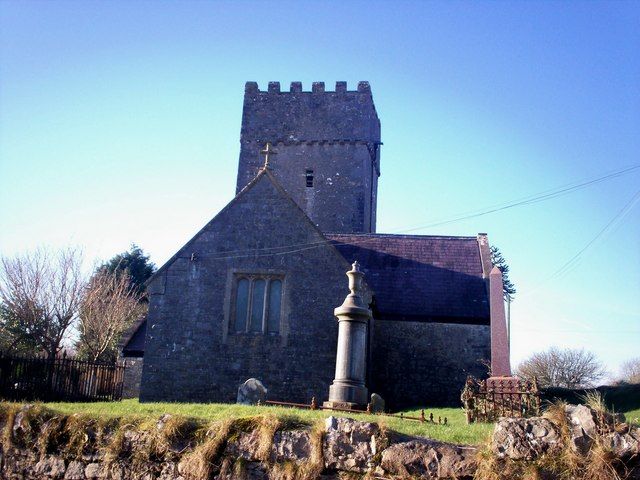 Location: To S of minor road from Pendine to Amroth approximately 3km W of Pendine.

Anglican parish church, C15 with substantial W tower and short nave without chancel. Medieval stone vaulted porch. N aisle added 1844-5 to designs by William Garratt of Garness. Restored in 1894-5 by H. Prothero of Cheltenham for £500. This work included new roof, new windows and new fittings. Until 1840, the church was used as the village school with boys taught on first floor of tower, and girls below.

Included as a restored medieval church with fine W tower.