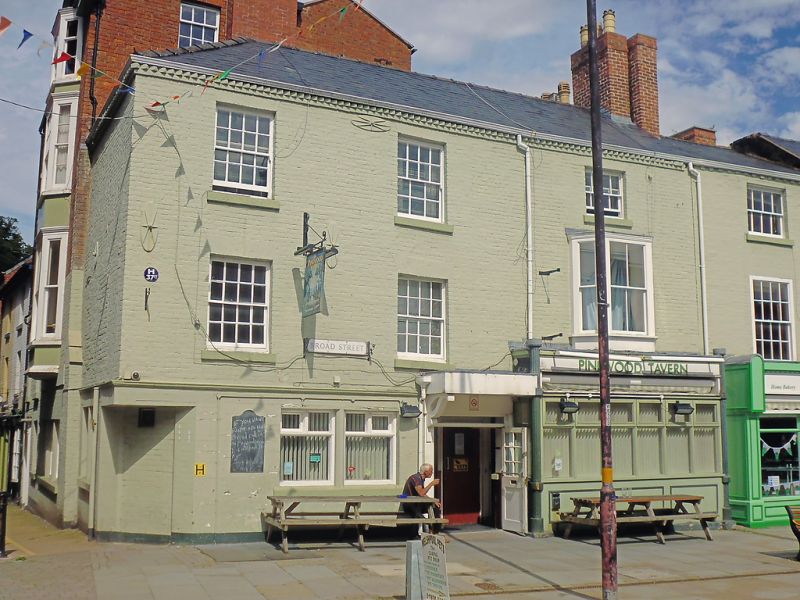 Nos 1-2 Broad Street form a single building probably built c1800 on land that had previously been an open courtyard in front of the market hall which was demolished in 1761. Previously (and perhaps originally) The Boars Head Public House

Part of a group of late C18-early C19 commercial properties in the town centre, and having group value with the town hall.