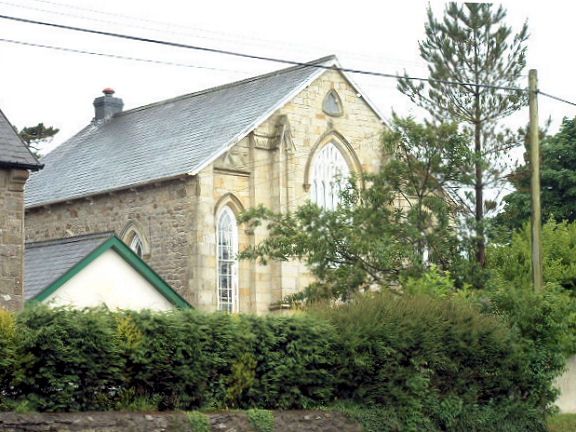 Location: Situated in the centre of Pentregat on the S side of the A487 and near the junction of that road and the B4321.

A very unusual use of Rickmanesque Gothic in an early Victorian chapel. The plain roof suggests that the design was either not completed to its original form, or that gable features were removed. It is suggested that there were problems due to the designer not understanding the style `nid oedd y celfyddwr yn deall y ffurf, nid oedd y cynllun yn ateb ar le mor uchel ac agored i ysturmydd..'