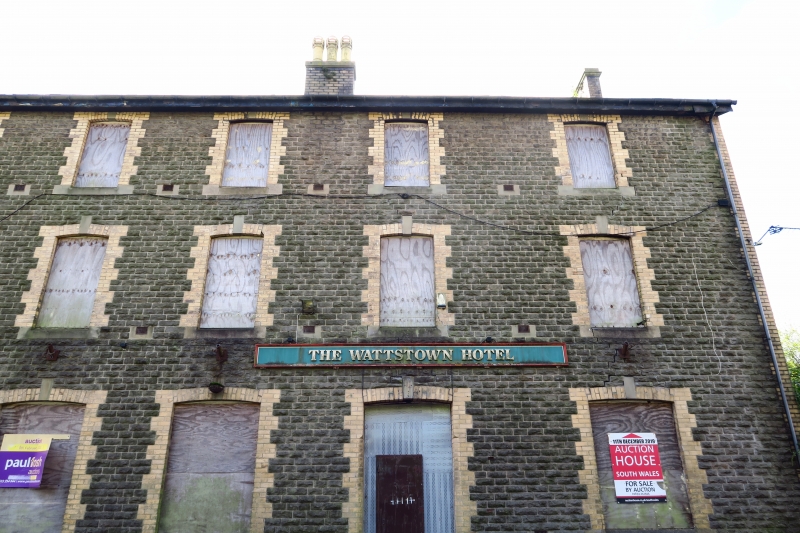 Location: Situated on the NW boundary of the community on the bank of the Rhondda Fach with Wattstown rising steeply above on the hill to N.

c1900. Hotel built to serve the community of Wattstown which developed round the National Colliery sunk in 1881. The hotel appears not to have been functioning by the time of the 1891census; a Goods Station for the Taff Vale Railway was formerly close by.

Listed as a scarce example of a mainly unaltered colliery hotel of simple but generously proportioned design built to serve a small late C19 mining community.