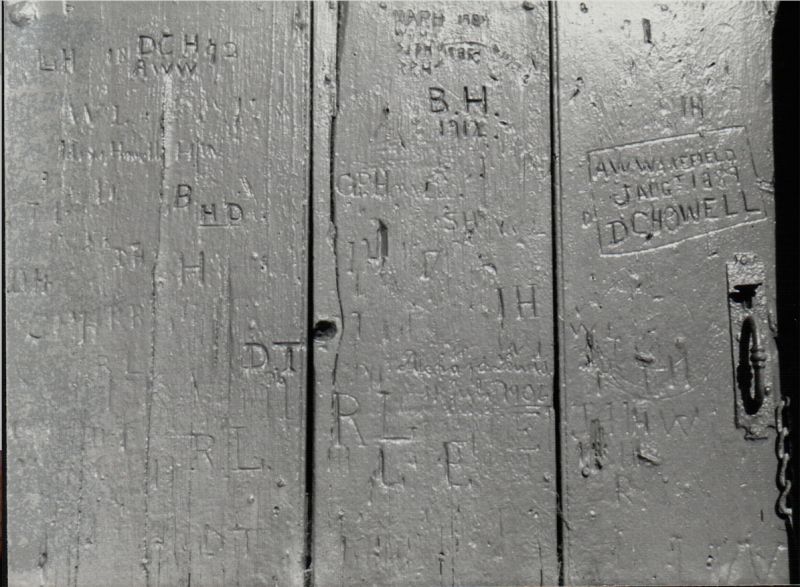 Location: The mill and mill house are located below the road from Llanbrynmair to Staylittle, approximately 350m S of the juntion with the Bont-dolgadfan and Talerddig Road. Set over a small stream where it joi

Bont Pandy began as a pandy mill, and with the decline of the flannel industry in this locality, was converted to a corn mill. The earliest surviving building is c.1800, with the mill house, of c.1900, set across the S end. The mill and house are linked up and the mill was further extended N over the waterwheel to provide bunkhouse accommodation for workers. At one time, it was operated by the Howell family, with other members, Alfred and Elizabeth Howell, operating Pandy'r Pennant in the next hamlet. Over the stream, near its junction with the river, is the former generator house, built of brick c. 1922, with a Pelton wheel under the battery storage floor. This generated power for Plâs Llwyn Owen, which lies on the W side of the road and was the first house in the neighbourhood to be illuminated by electricity.

The mill is built of rubble stone with slate roofs, of 3 storeys, and a linking block between the mill and the house being of 3 storeys, timber framed, 5 panels high, with brick-on-edge infilling. Boarded doors on the ground floor on the river side, and to first floor at the rear. Paned timber windows. Gable stack to the house, and an added stack to the workers lodging. The house, also of limewashed rubble stone and slate, has segmental headed windows, a gable stack at the upper end, and a lean-to towards the river.

The wide pit for the overshot iron waterwheel, removed c.1980, has a stone lintelled opening to the base of the mill. A 200mm approximate diameter drive shaft is supported in cast iron bearing boxes, and engages at the base of the vertical shaft which is supported on a heavy bridge tree. Iron bevel gear lies directly below a timber great spur wheel with wood teeth, which engages two wooden 14-tooth stone nuts on either side. One quant shaft survives, driving a pair of French burrs by Kay & Hilton, Liverpool, 1855. The second drive (missing) operated a pair of Peak stones, heavily worn, and perhaps a factor for its ceasing work. Above, a crown wheel, also entirely of wood with diagonally set teeth, engages a lay shaft set lengthwise in the mill, with a wood belt pulley, and another shaft with pulley, presumably for a dresser, now gone. A lever operates a form of tentering gear. The top floor has a horizontal drum shaft and pulley.
A sack hoist trap survives in the adjoining bay beyond a boarded partition.

Pandai are the only surviving physical remains of the major post medieval industry of this important cloth producing community. Bont Pandy is included as the only surviving one of the numerous such buildings in the locality converted to corn milling to retain its machinery and original form.