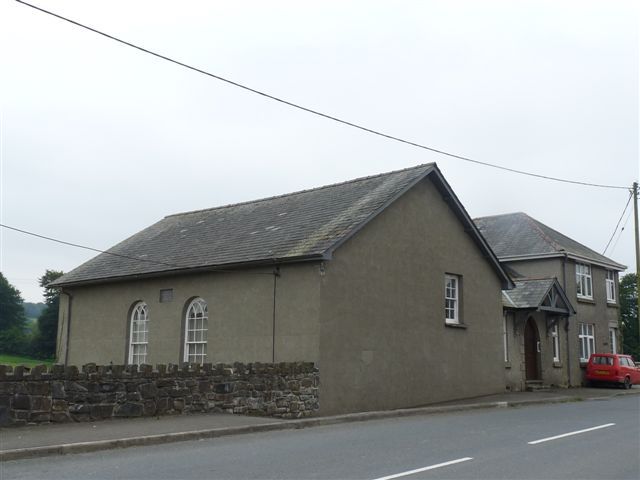 Location: Situated at E end of Llangybi village on S side of A 485.

Listed as an early C19 chapel retaining its character including the attractive mid C19 gallery.