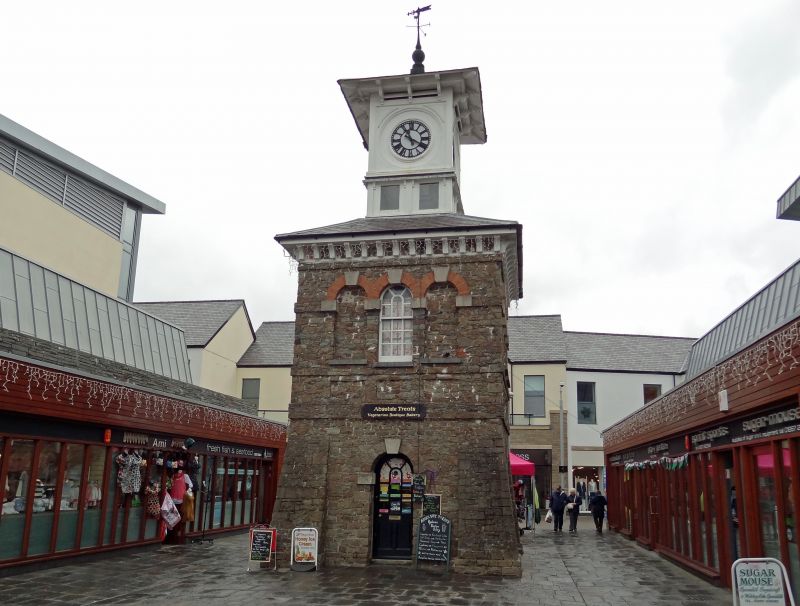 Clock tower of Carmarthen Market, 1846 by F.E.H. Fowler of London. The site was known as Parcyvelvet fields. Fowler's design was selected by competition, but the winning plans were revised to reduce cost. The whole complex cost £5,600. A large part was damaged by fire in 1929, rebuilt and then demolished again for a new market hall by J. Vergette of Percy Thomas Partnership in 1981, when the tower was restored. It is possible that the tower was intended to be stuccoed.

Included as a characterful early Victorian clock tower in Italianate style, a significant relic of the C19 market.