Mile marker on A48, Pyle to Margam Road 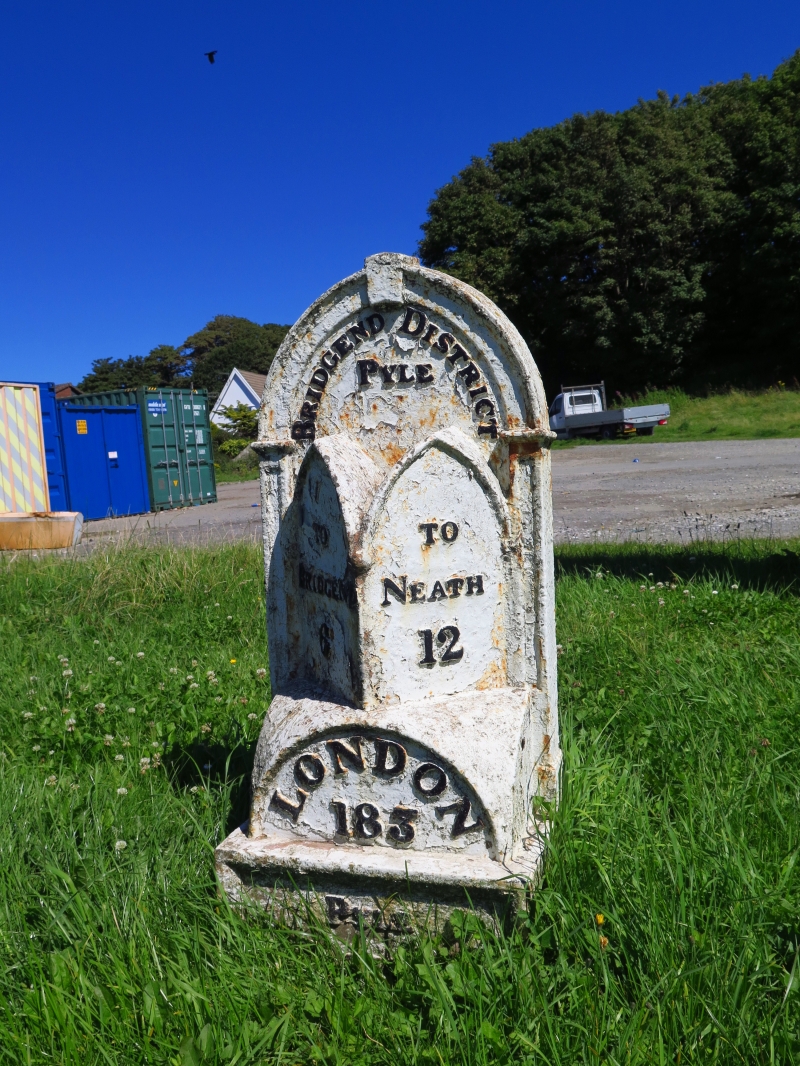 Entry Name: Mile marker on A48, Pyle to Margam Road

Location: Set at the back of the pavement, 160m S of the railway overbridge.

One of a group of fine mile markers, probably produced by a local Glamorganshire ironworks, and erected c.1820 for the Bridgend to Neath turnpike.

Iron casting in the form of a Gothic arch with keystone, two arches below canted to face oncoming traffic and mounted on an arched plinth, all set on a rectangular base. The top arch is inscribed BRIDGEND DISTRICT / PYLE. On the canted arches, TO / BRIDGEND / 6 ; and TO / NEATH / 12, and on the base PYLE PARISH.

Included as one of the very fine group of mile markers set along this former turnpike road.