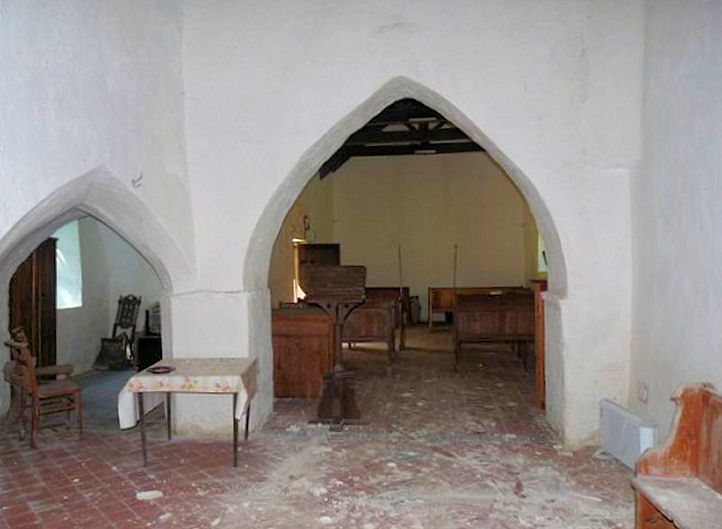 Location: About 1km E of Scleddau, beyond farmhouse at end of track beginning on E side of A40, near old quarry, then across field to churchyard.

Church of medieval origins much rebuilt in early C19, possibly c1834, and minimally repaired thereafter. In poor condition in 1849 requiring new pews and pulpit, new entrance doorway (and closure of old) and new windows. James James of Llanychaer made plans for £130, but nothing may have been done as repairs were again proposed in 1869 under F. Wehnert of Milford for £300-400 including new roofs, seating, pulpit and desk. An advertisement for tenders to reroof in 1906 was placed by H. Thomas of Haverfordwest.