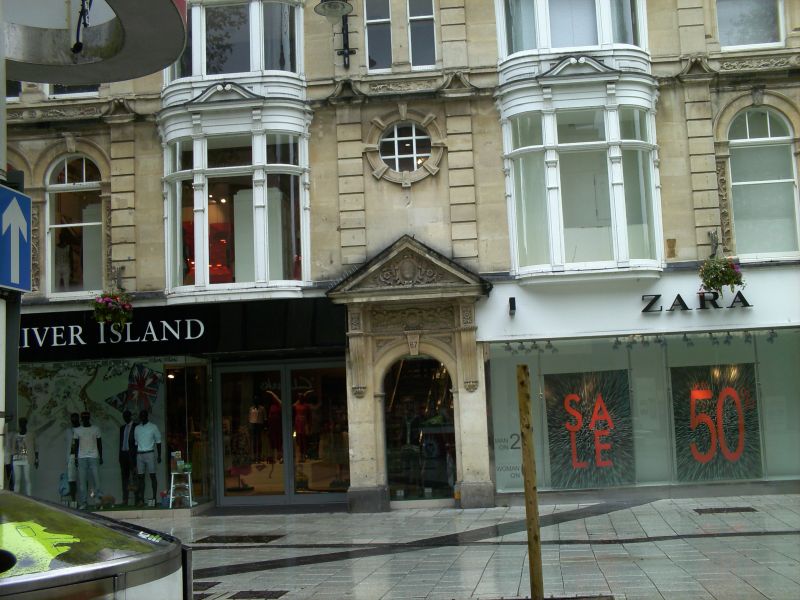 Listed primarily for its extensive Queen Street frontage; one of the most ambitious developments of Solomon Andrews, Cardiff's most ambitious entrepreneur.