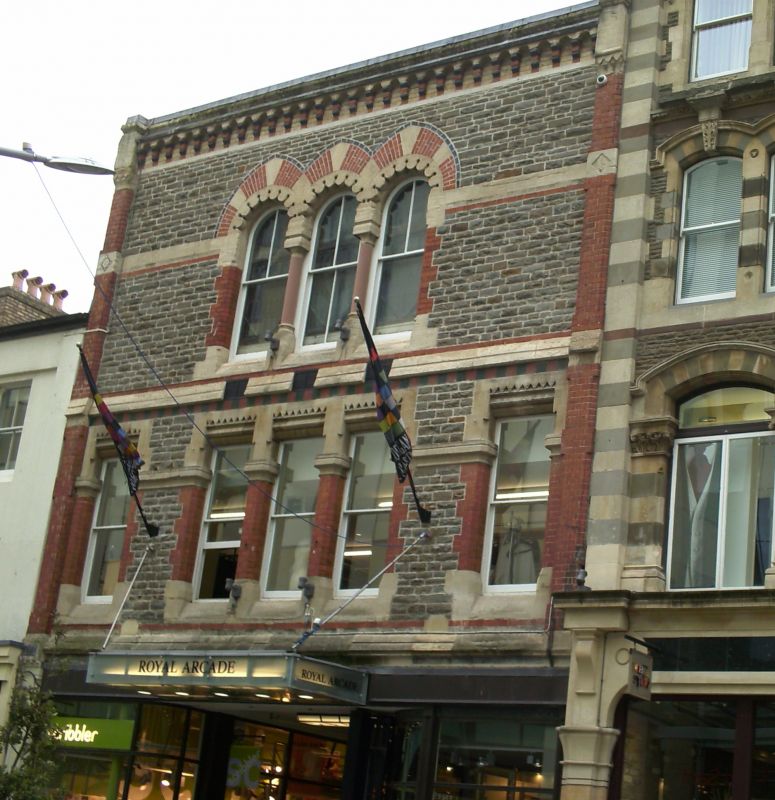 Although usually considered the earliest of the arcades in Cardiff, Royal Arcade which began at St Mary Street, was extended through to The Hayes later in C19, from which period this entrance block dates.

Integral part of Royal Arcade with group value with adjacent buildings in The Hayes.