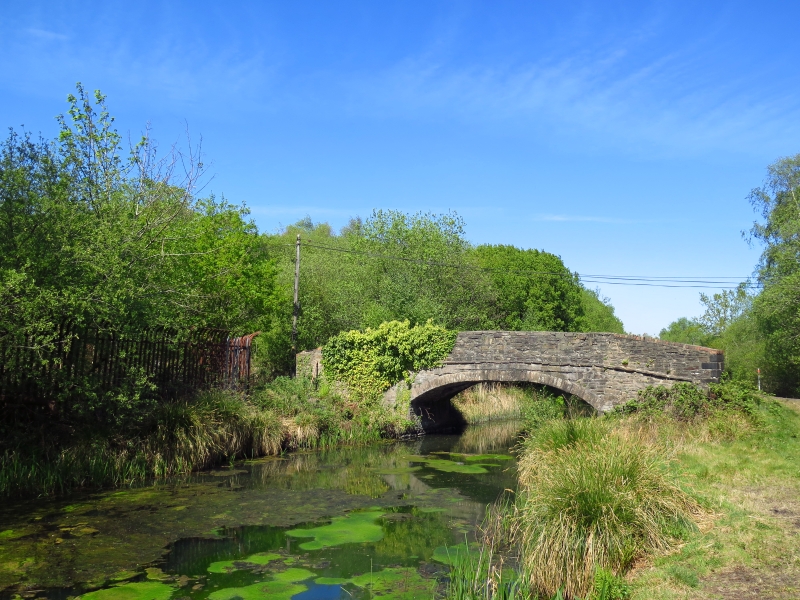 The Tennant Canal was built 1820-4, engineered by William Kirkhouse. The head of the canal was at Aberdulais, where it joins the Neath Canal, and ended at Port Tennant on the E side of the River Tawe in Swansea. Traffic was carried on the canal until the 1930s. The bridge was built in the 3rd quarter of the C19 and first shown on the 1877 Ordnance Survey.

A single-carriageway, single-span bridge of rubble stone with tooled voussoirs to the segmental arch. The abutments and integral parapet curve outwards. The parapet retains some copper slag copings on the N side but is mostly renewed. The parapet terminates in brick on the NE side, copper slag courses to the SE, and brick and slag to the NW. The hump-backed deck is laid with concrete.

Listed for group value with other listed items associated with the Tennant Canal.