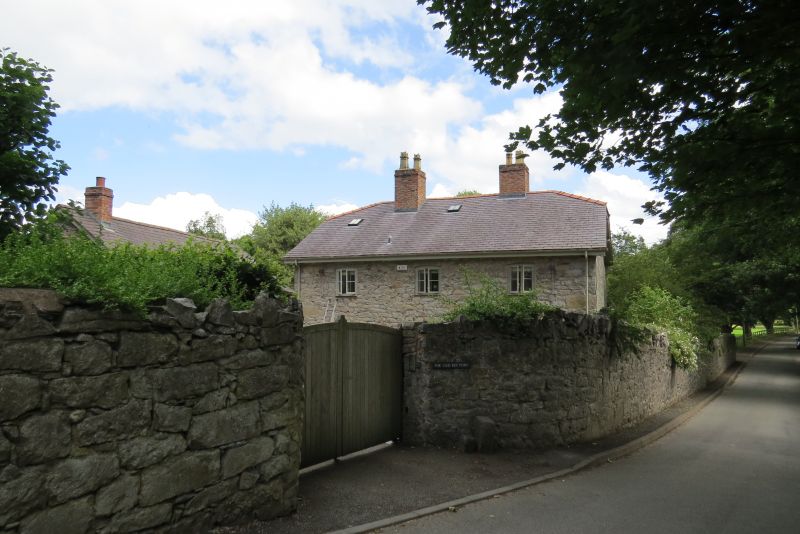 Location: 250 m west of Llanelidan Church, at north side of road

A parsonage probably purpose-built c1800, with later C19 alterations, notably the addition of large bay windows to the front elevation. The house is no longer a parsonage.

A three-window, two-storey late C18 or early C19 parsonage in local dressed limestone masonry, with a slate roof half-hipped at each end. Two mid-chimneys, that to the right slightly off-ridge. The ridge and hips are in red tile. Original nine-pane sash windows to the upper storey at front. The lower windows to front are enlarged late C19 canted bay windows, with small-paned sashes, replacing earlier smaller bays. Small external porch at front. The house stands on a terrace five steps above the front lawn.

At rear the windows are altered to casement type in original openings except the lower left window which is in an altered opening. One rooflight window at rear.

A high limestone wall screens the house from the adjacent road, with a coping of large water-eroded blocks.

Contemporary staircase with scrolled end to handrail over curtail step; balustrade with iron balusters at intervals.

A good late C18 or early C19 parsonage which retains its character, with its original boundary wall to the road.